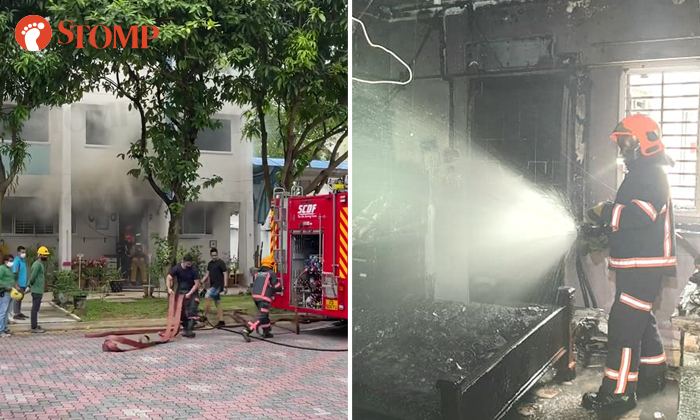 The Singapore Civil Defence Force (SCDF) said it was alerted to the blaze at around 11.10am and found thick smoke emitting from the flat upon its arrival at the scene.

The fire involved the contents of a master bedroom.

SCDF firefighters, who were equipped with breathing apparatus sets, proceeded into the smoke-logged unit and extinguished the fire with one water jet.

Smoke can be seen billowing from the unit.

The occupant of the affected unit had self-evacuated prior to SCDF's arrival, while the police evacuated about 10 residents from other units from the second to the sixth floor.

SCDF assessed an occupant from the affected unit for smoke inhalation. The person refused conveyance to the hospital. There were no other reported injuries.