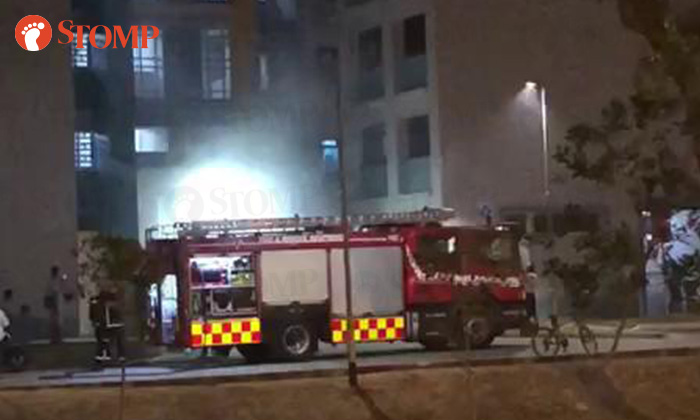 Stomper Chua contributed a video of the incident that occurred at about 8.58pm.

He told Stomp: "I was at a coffee shop opposite the block when my friends and I heard an alarm going off.

"We were wondering why the alarm was triggered and thought whether someone was trapped in a lift.

"Only when I looked around, I saw a lot of smoke from the rubbish chute opposite."

Responding to a Stomp query, the Singapore Civil Defence Force (SCDF) said: "SCDF was alerted to an incident at Block 350 Ang Mo Kio Street 32 at about 8.58pm on Sunday (Sep 22).

"The fire was extinguished by SCDF using one water jet and a drencher system.

Related Stories
Fire rages and burns through roof of 2 two-storey semi-detached houses at Wilton Close
Fire breaks out at open grass patch in Jurong: 'So smoky, thought it was haze'
Smoke emits from Volvo as it catches fire in Balestier
More About:
fire
scdf
Ang Mo Kio