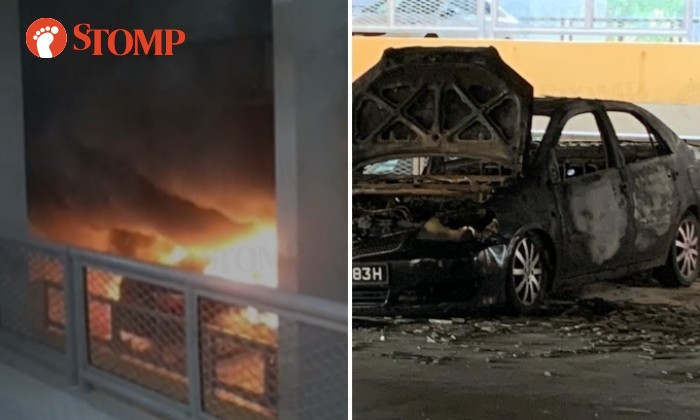 A car broke out in flames at a multi-storey carpark at Block 638 Punggol Drive on Wednesday (Dec 2).

Stompers Ronnie and Rohaizat shared photos and videos of the incident, which show the car engulfed in flames and Singapore Civil Defence Force (SCDF) officers at the scene.

In the video, a fire alarm can be heard blaring in the background as residents in the area gather at the ground floor to check out what happened.

Ronnie shared that he was at home when he heard a loud siren and noticed that his neighbours were pouring out of their flats.

"When I heard the siren, I looked out of my window and saw thick smoke billowing into the sky," Ronnie said.

"Many people started leaving their houses and some even took the stairs due to safety reasons.

"I felt that I had to see what was going on so I walked to the carpark and spotted a couple standing near a burning car.

"Turns out, it was their car on fire. I told them to stay away from the car and not get too close in case it explodes.

"If I'm not wrong, the cars near the fire were not affected as SCDF officers came pretty quickly and extinguished the fire. Thankfully, no one was injured." 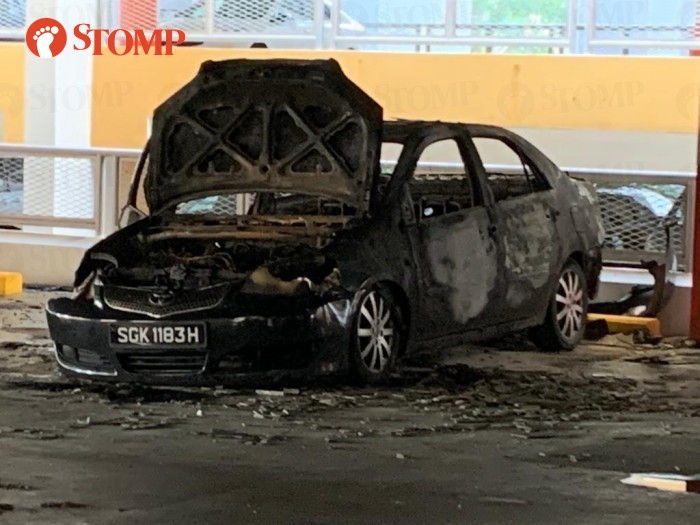 In response to a Stomp query, SCDF said they were alerted to the accident at 10.25pm.

"The fire involved the engine compartment of a car on the third deck of a multi-storey carpark," added the spokesman.