Car explodes and bursts into flames at Compassvale Drive 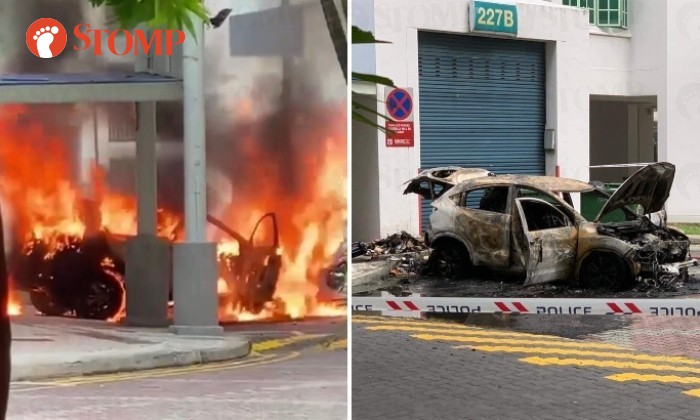 A car exploded and burst into flames near Block 227A Compassvale Drive on Saturday (Nov 21).

Stompers Serene and Wan, who live in the area, shared photos and videos of the car as it went up in flames.

"My husband was at the void deck because he was waiting for our friend's Grab taxi to arrive," Serene said.

"That was when he saw a man running around frantically and warning people to stay away as black smoke started to surround a car.

"Suddenly, the car burst into flames. My husband immediately called the Singapore Civil Defence Force (SCDF) to inform them about the fire."

Another resident, Wan, shared that he was in his flat when this happened and saw smoke from his window.

"The black smoke actually rose super high, almost as high as the residential blocks in the area," Wan said.

"Then, there was a sudden explosion and the car went up in flames. I'm relieved that the SCDF officers arrived promptly and quickly extinguished the fire." 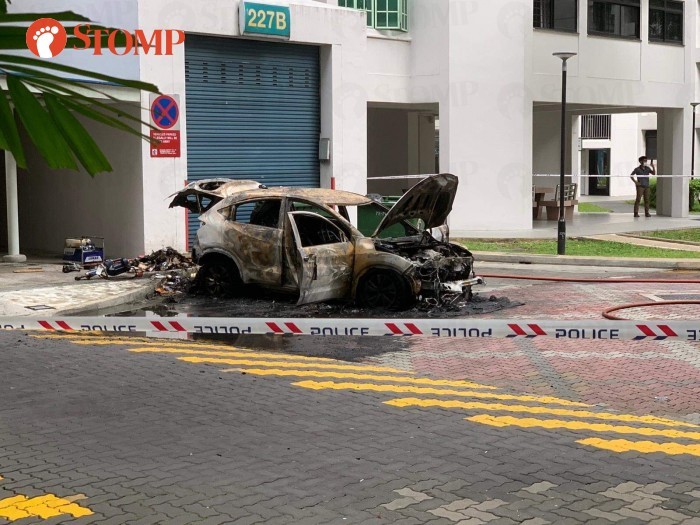 The aftermath of the fire. (Photo by Stomper Serene)

In response to a Stomp query, SCDF said they were alerted to the fire at 1.50pm.

"The fire involved a car. SCDF extinguished the fire using one water jet and one compressed air foam backpack," added the SCDF spokesman.