FB user takes lowballing to new level, offers MacBook seller $200 and asks: "Can you give me?" 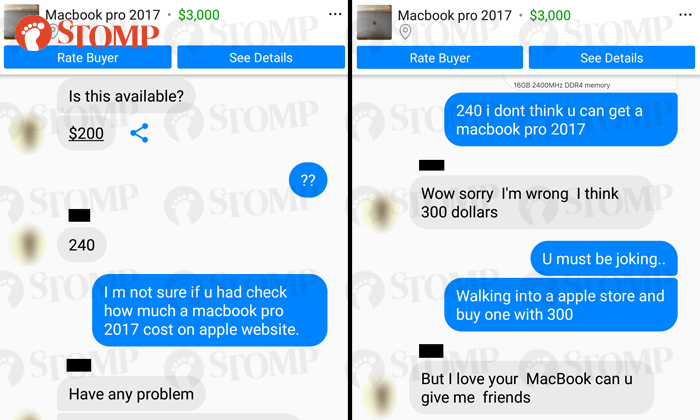 Anyone who has ever tried to sell something online would know how it feels like when someone makes an offer that is way below your asking price.

For those who are unfamiliar, this frustrating act is also known as 'lowballing'.

Lasery2k said: "I was laughing non-stop and felt that this person was just being a joker."

When she told the user to try walking into an Apple Store and buying a MacBook Pro with $300, the latter replied:

"But I love your MacBook can you give me friends"

Added the Stomper: "The user later also said, 'Wow, you so rich man, can buy Apple MacBook Pro for $3,000' and asked what price I was looking at.

"I did not reply after that."

Check out the conversation in the gallery.