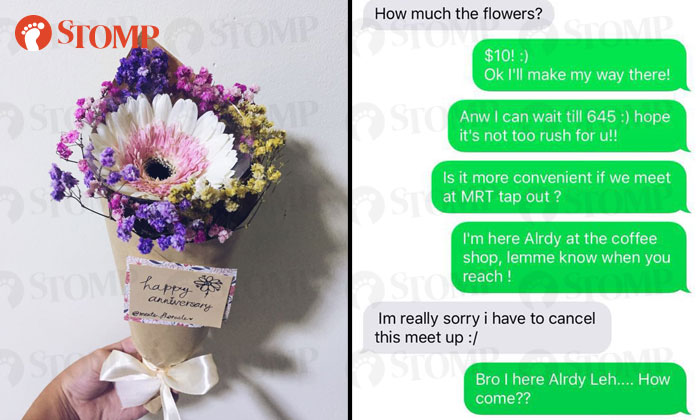 We know of unscrupulous online sellers who go missing after getting paid for a product or service they had no intention of delivering on.

However, there are buyers out there who are just as bad.

Stomper Guan Zhi shared a nasty experience his girlfriend had with a buyer on online marketplace Carousell.

His girlfriend had just started selling handmade bouquets about a month ago and was excited when a buyer expressed interest in her creations.

"Before that, she was making bouquets for family and friends," said Guan Zhi.

The buyer, who went by the username handsomebooy, messaged Guan Zhi's girlfriend on Friday (Mar 16) and said that he wanted to get a $10 bouquet for his girlfriend as an anniversary gift.

"He was rather demanding and requested my girlfriend to make the bouquet look as big and as filling as possible," he said.

"Not willing to spend and want to hide your stinginess? Nice tactic bro."

Guan Zhi added that his girlfriend usually asks for deposits first but when she brought it up to the buyer he said he would "prefer to pay cash instead".

"Out of goodwill plus it was just a small amount of money, my girlfriend decided to trust him and that he would turn up to collect and went ahead with the preparation of the bouquet," the Stomper said.

"She even put her whole heart to ensure that the bouquet looked the most presentable for the occasion." 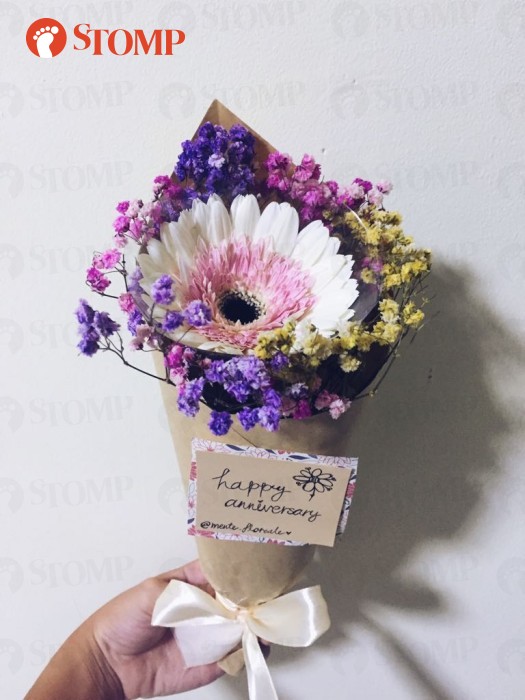 Guan Zhi said that his girlfriend rushed to make the bouquet that Friday night itself as the buyer wanted to collect it on Saturday (Mar 17).

However, he cancelled and requested to meet on Monday (Mar 19) instead.

They arranged to meet at Pioneer MRT Station at 6.45pm.

While Guan Zhi and his girlfriend were waiting at the meetup point, she received a message from the buyer saying he had to cancel. 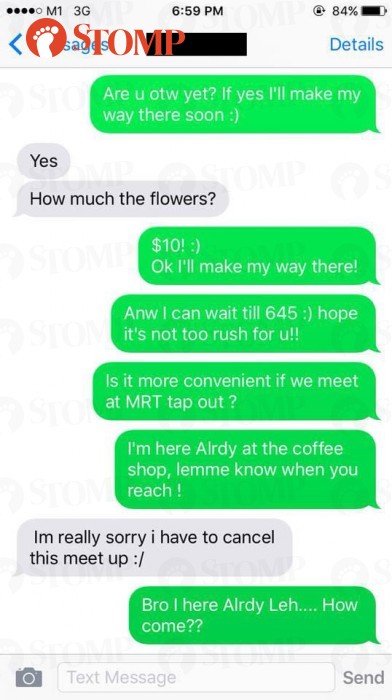 "There was no explanation, no nothing," said Guan Zhi.

He said that they called the buyer about 20 times but he did not pick up.

He even messaged him using his own number but when the buyer found out who he was, he blocked him on WhatsApp. 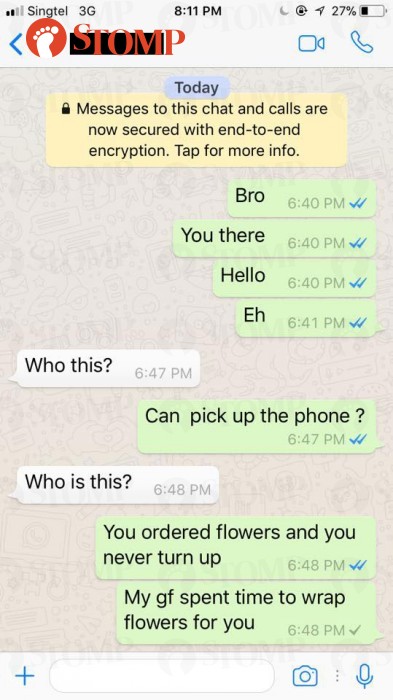 Guan Zhi and his girlfriend hope that this will make others aware of buyers like this.

"I’m not writing this on the behalf of my girlfriend just because she did not manage to earn that $10 sale nor to shame this person but rather, bring awareness about such people with zero moral virtues to people who commonly use such e-commerce platforms for their personal purposes," he said.

"To some of you this may not be a case of fraud or not a big deal, but I would say that from this experience, we can all learn that we should still be careful whenever we are engaged with online commerce activities, be it you’re the buying or selling party.

"The existence of people like him who is so blatantly inconsiderate with a lack of conscience proves that the society we live in will never be a completely safe one.

"We should not be too trusting towards random strangers and naively think that just because it’s Singapore we are in a safe community with people that are completely trustworthy.

"We should be on our guard all the time."