Father of boy whose foot got stuck in VivoCity escalator recounts 'traumatic' incident: 'It's really a miracle' 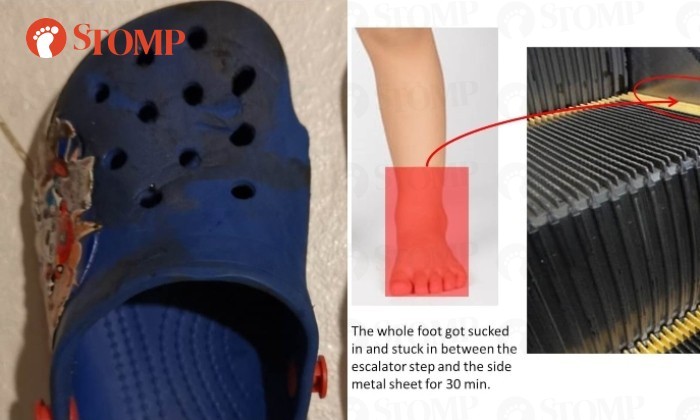 The father of the boy whose foot got stuck in an escalator at VivoCity on Sep 13 has spoken up about the 'traumatic' incident and how it ended up being a 'miracle'.

Stomper Samuel, who is the father of the boy, sent us a link to his Facebook post.

In the post, he started off by thanking the people who had a part to play in helping them that day.

Hi everyone, I am Samuel (Not my real name), the father of the 3 yo boy whose foot got stuck in the Vivocity escalator...

He first thanked the person who pressed the emergency stop button on the escalator and called 995.

He also extended his gratitude to the Singapore Civil Defence Force (SCDF) for their speedy arrival to the scene.

He added how other citizens at the scene helped him out: "Thanks to the gentleman who gave me courage by patting my chest twice when I was in the moment of shock and distress.

"Thanks to the gentleman who offered his lap for my son to sit in while waiting for SCDF’s arrival.

"Special thanks to the off-duty SCDF lady officer who stayed with us throughout the incident, consoling my son and my daughter and showing a 'Baby Shark' video to my son to keep his attention away from his foot."

He also thanked netizens who have shown him and his son concern after word spread about the incident. 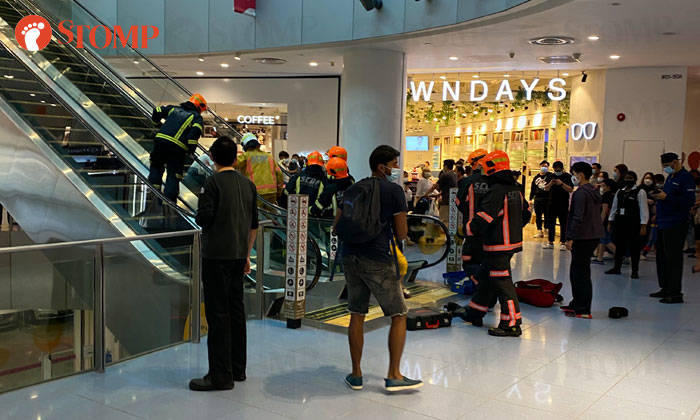 In the second part of his Facebook post, Samuel also shared what exactly happened on that fateful day.

"We stepped on the escalator to go to level one," he said.

"There was nothing unusual about the situation and surroundings.

"About a few seconds later, my son was suddenly in distress and that was when I realised his whole foot was already sucked in to the side of the escalator.

"It was too late to take it out.

"As some of you have guessed, yes, he was wearing Crocs shoes.

"The escalator finally stopped after someone pressed the stop button.

"SCDF arrived about five to ten minutes later and took about 30 min to free my son’s leg.

"His foot was immediately bandaged and he was sent to National University Hospital (NUH)."

Samuel also shared that his son is recovering well and can actually already use "his injured leg to kick" him while jumping up and down.

"There is no visible fracture on his foot, except for some minor skin abrasion," Samuel added.

"The memory of the incident is still traumatic until I would cry when I talk about it.

"Time will heal and I will help my son to overcome any fear associated to the incident."

He concluded by saying that this whole incident "was a really miracle" and it was like they were "given a second chance".