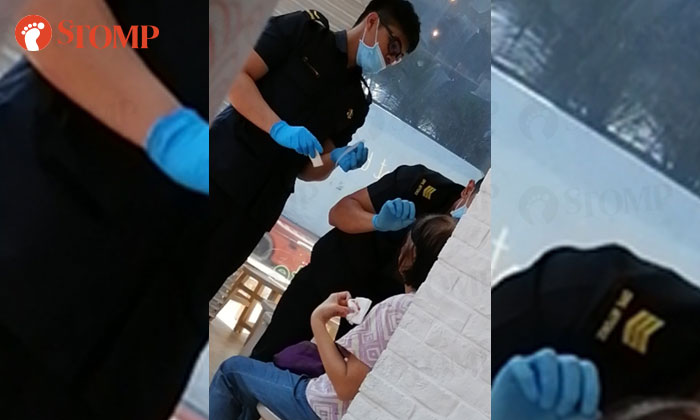 Two elderly women were taken to hospital after falling down an escalator at The Clementi Mall on Thursday morning (Dec 26).

Stomper Chun Hao alerted Stomp to the incident and said he saw the two women fall down the escalator from the second to first floor at the mall.

He saw paramedics attending to the ladies.

The Singapore Civil Defence Force (SCDF) told Stomp they were alerted to the incident at 10.20am and two persons were conveyed to Ng Teng Fong General Hospital.

In response to a Stomp query, a spokesman from The Clementi Mall said that the women had lost their balance and that there were no issues with the escalator.

"The incident took place on 26 Dec and we provided assistance to the two elderly ladies," the spokesman said.

"They were subsequently sent to Ng Teng Fong Hospital.

"Investigations showed that the shoppers had lost their balance, resulting in the fall.

"After the relevant authorities conducted the checks and concluded that the fall was not due to any issues with the escalator, the escalator resumed operations."