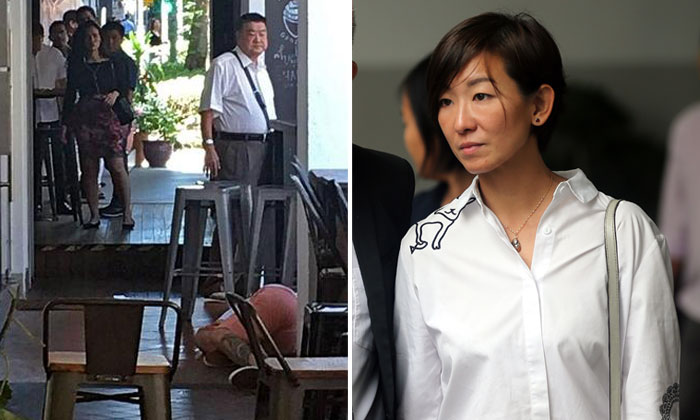 The wife of Spencer Tuppani has issued a statement expressing grief after her husband was stabbed by her father and subsequently died.

It was earlier reported that 38-year-old Tupanni was allegedly stabbed by his father-in-law, 69-year-old Tan Nam Seng, along Boon Tat Street at around 1.20pm on July 10.

The stabbing is believed to have occurred at a coffee shop at the junction of Boon Tat  Street and Telok Ayer Street. Police later found Tupanni outside eatery A Poke Theory located at 27 Boon Tat Street.

He was conveyed unconscious to Singapore General Hospital, and was subsequently pronounced dead at about 2.13pm.

According to The New Paper, Eldad Tan, manager of A Poke Theory, rushed out with a colleague and saw Tupanni lying face down in a pool of blood.

He told reporters: "I was so focused on the man on the floor I didn't notice an older man holding a knife, standing over him. He said, 'Don't help him, he's my son-in-law. Let him die. I'm old already, I'm not afraid of going to jail."

Tan Nam Seng was arrested by police later in the afternoon, and was charged in court for murder yesterday (July 12). He will be remanded at Central Police Division for investigation until July 19.

According to Lianhe Zaobao, Ms Tan Cheng Cheng, wife of Tupanni, has issued a statement with regard to the events that have unfolded.

"This is a double tragedy for the family. Our family has lost a loved one and my beloved father is facing a serious charge.

"You cannot imagine our immense grief, but please try to understand and let us have some peace."

Tan has also requested for the privacy of the family to be respected.