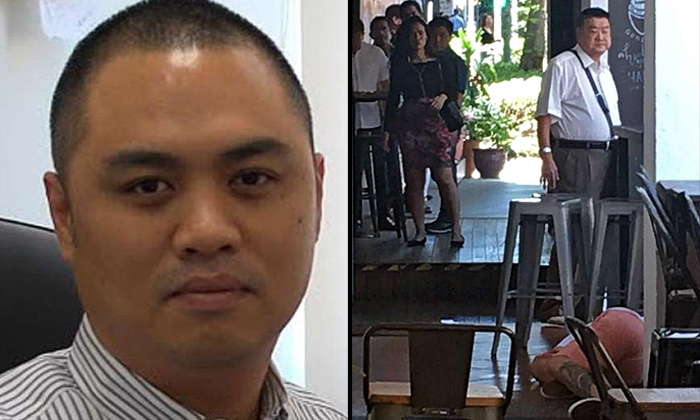 More details have emerged about the murder that occurred along Boon Tat Street yesterday afternoon (July 10), in which a 69-year-old allegedly stabbed a 38-year-old man.

Police were alerted to the incident at around 1.22pm and upon arrival at the scene, found a man lying motionless outside eatery A Poke Theory.

He was conveyed unconscious to Singapore General Hospital, where he was subsequently pronounced dead at about 2.13pm after succumbing to his injuries.

According to The Straits Times, the deceased is understood to be Mr Spencer Tuppani Shamlal Tuppani, the former director of shipping firm TNS Ocean Lines.

The stabbing is believed to have occurred at a coffee shop at the junction of Boon Tat and Telok Ayer Streets.

The 69-year-old was arrested and will be charged in court tomorrow (July 12) for the offence of murder, which carries the death penalty.

Mr Vinnie Ang, an employee at A Poke Theory, told The Straits Times that he tried to help the victim, but the older man pushed him away and said: "That is my son-in-law. Don't help him. Let him die."

He added that the man, who appeared calm, put down a knife he was clutching to make a phone call.

According to Mr Ang, the suspect told someone on the phone: "I couldn't sleep at night. I have already done it. I have already stabbed him. Don't cry. I'm old already and I'm not afraid to go to jail. What's done is done."

Ms Eevon Loo, a 29-year-old assistant manager at A Poke Theory, recounted the scene: "The attacker was just standing there, with the knife still in his hands, just looking at the man on the ground. He was very calm, it was so scary."

She also described the knife as being about 10cm long and "very sharp", reported ST.

"He then placed the knife on one of our food trays and just stood there till the police came," said Ms Loo, adding that all the customers in the shop were shaken.

"We locked the front door quickly, as the man was holding the knife. And we got customers to exit from the back."