Boon Tat St murder: Victim once sold 'everything he owned' to save business 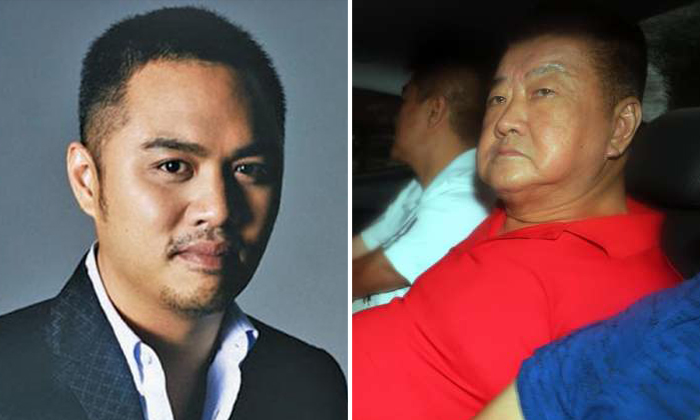 According to The New Paper, the 38-year-old businessman told August Man magazine in 2014 that he sold "practically everything he owned" to keep TNS Ocean Lines afloat.

The company became profitable again in 18 months. By 2014, its turnover had exceeded $100 million.

Police found Mr Tuppani lying motionless along Boon Tat Street, outside eatery A Poke Theory, on July 10 at 1.22pm. He was allegedly stabbed at a coffee shop nearby.

The unconscious victim was rushed to Singapore General Hospital, where he succumbed to his injuries and was pronounced dead at 2.13pm.

Tan Nam Seng, who identified himself as Mr Tuppani's father-in-law, was arrested at the scene and charged in court today (July 12) with murder.

If found guilty, he faces the death penalty.

The 69-year-old accused was apparently heard saying at the scene, "That is my son-in-law. Don't help him. Let him die," and "I couldn't sleep at night. I have already done it. I have already stabbed him. Don't cry. I'm old already and I'm not afraid to go to jail. What's done is done."

Business records show that since 1978, Tan Nam Seng has been director or owner of various firms with names beginning with "TNS", his initials.

He is still listed as the director and a shareholder of TNS Group Holdings and TNS Seacon, reported The Straits Times.

Tan is also a former director of TNS Ocean Lines, where the victim was chief executive officer and a director.

Mr Tuppani's wife, Madam Tan Cheng Cheng, 43, is also a shareholder. Their 13th wedding anniversary would have been next Monday (July 17).

According to TNP, Registry of Marriages records show that Mr Tuppani had registered a previous marriage on Feb 18, 2000.

When TNP visited Mr Tuppani's four-storey Sennett Lane home in Upper East Coast yesterday, a domestic helper said it was a bad time for the family.

A neighbour, who declined to be named, said she would see Mr Tuppani, his wife, two daughters, aged six and 10, and a son, eight, and their two maids occasionally.