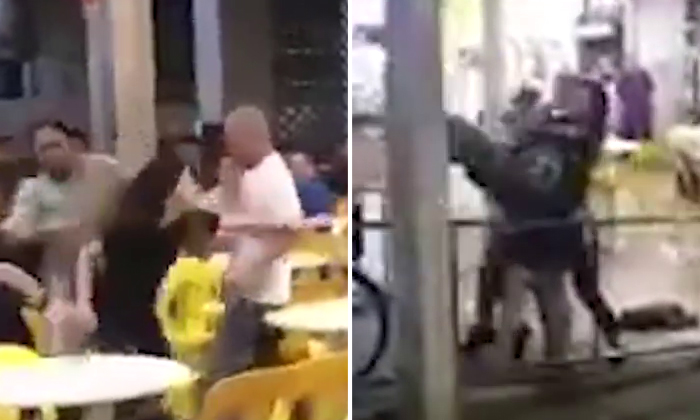 A fight broke out at Yishun 925 Food House on Wednesday night (Nov 28).

The police told Stomp that they were alerted to a case of voluntarily causing hurt at Block 925 Yishun Central 1 at 10.55pm.

Stomp understands that the altercation was a family dispute.

Two parties, man and a woman, were involved.

A Stomper shared with Stomp a video of the incident, showing the pair in an argument.

Another woman then appeared to hand the man some tissues while a male onlooker approached the duo, apparently trying to intervene.

However, the man told the onlooker: "Leave, don't come in. Leave, don't chase me [out]," and swung his bag at the latter.

A tussle ensued and other patrons at the coffee shop can be heard shouting for those involved to leave the premises.

"Excuse me, want to fight, please go outside," said someone.

The altercation then indeed continued on a walkway outside the coffee shop.

According to the police, the parties involved were advised accordingly.

Related Stories
Woman suffers abrasions while breaking up fight between couple and auntie at Yishun S-11
Men in their 60s hurl vulgarities and fight at Yishun kopitiam... over auntie
Woman taunts man to hit her -- so he really does, in most bizarre fight ever at Hougang
More About:
fight
argument
Yishun
coffeeshop