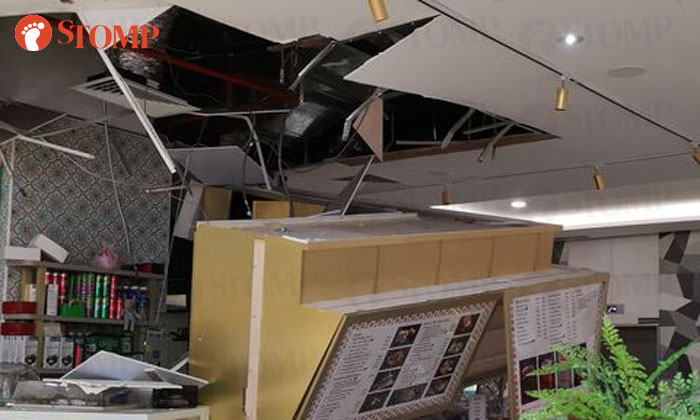 The false ceiling of an eatery at Northpoint City collapsed on Saturday (Mar 6).

Stompers Rosedaya and Boon Nee alerted Stomp to the incident and shared photos of a hole in the ceiling at Kueh & Mee, which opened last month.

In the photos, panels are seen dangling from the ceiling, exposing electrical wires.

In response to a Stomp query, a spokesman from Northpoint City said: "At around 11am on Saturday, 6 March, part of the false ceiling gave way at one of the restaurants in Northpoint City.

"Security personnel and mall staff were onsite to provide assistance to the shop staff and customers.

"As a precaution, the affected area has been cordoned off, and the restaurant is now closed for repair works.

"Business continues as usual at the rest of the mall."