Youth smokes on bus, replies to comments on video: "I'm supposed to get a pack for the dare" 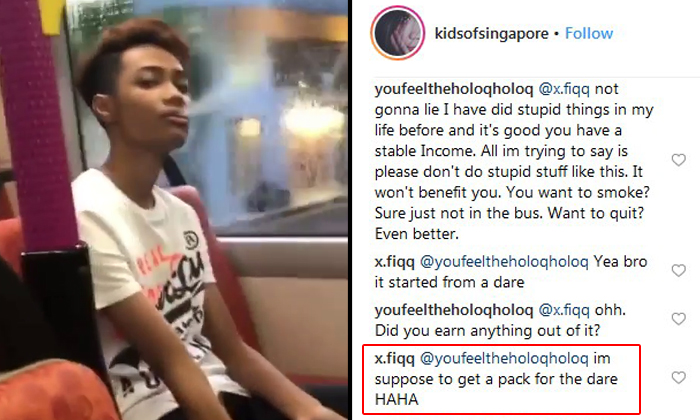 A youth was filmed smoking on a bus and when called out by netizens on Instagram, said it was a dare meant to win him cigarettes.

An eight-second video of his actions was posted on Instagram account @kidsofsingapore, whose profile states: "[Direct Message] me if you would like to share vids", though it is unclear if the youth had submitted the clip himself.

Stomper Sugi alerted Stomp to the video, which shows the youth lighting up his cigarette as someone filmed him, taking a puff and blowing out smoke on the bus.

The video, which was uploaded on Thursday (Dec 6), has since garnered more than 3,000 views.

On the Instagram post, user @x.fiqq identified himself as the youth in the video by responding to netizens who slammed his behaviour.

He also he had been sitting on the second level of the bus, where it can be seen to be almost empty.

One netizen in particular chided @x.fiqq for being "pathetic" and asked him to "do something better lah" after pointing out that he might get fined for smoking on the bus.

"Smoking is really bad for your health. Should stop before you regret it," added the netizen. 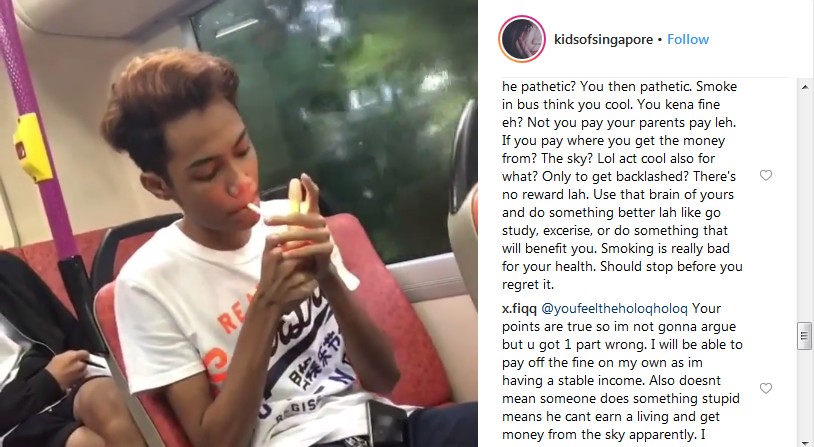 However, @x.fiqq said he would be able to pay off the fine on his own as he has a "stable income".

He also later revealed that this "started from a dare" and said: "I'm supposed to get a pack [of cigarettes] for the dare HAHA".

However, he did not confirm whether he actually got the cigarettes. 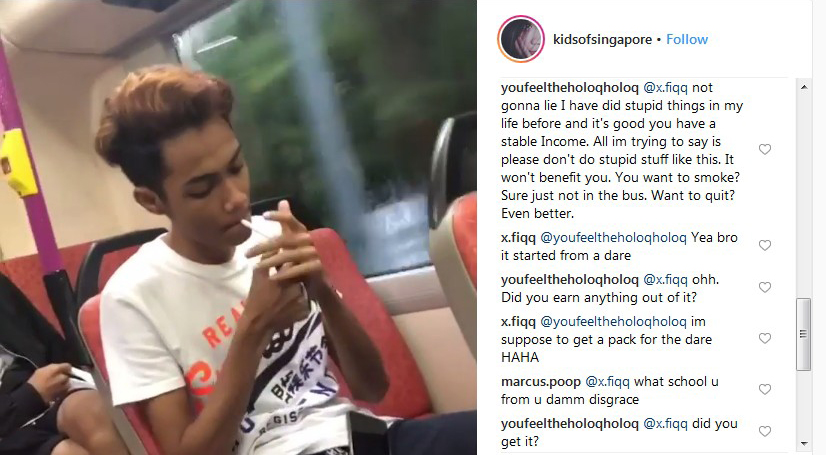 Related Stories
Youths open sealed products, dip fingers in to taste and put them back on supermarket shelf
Boys throw clothes rack off building: "Don't save video and post"
Guys smoke e-cigarette and cigarettes on bus -- then film themselves and post video on social media
More About:
Youths behaving badly
smoking
Bus