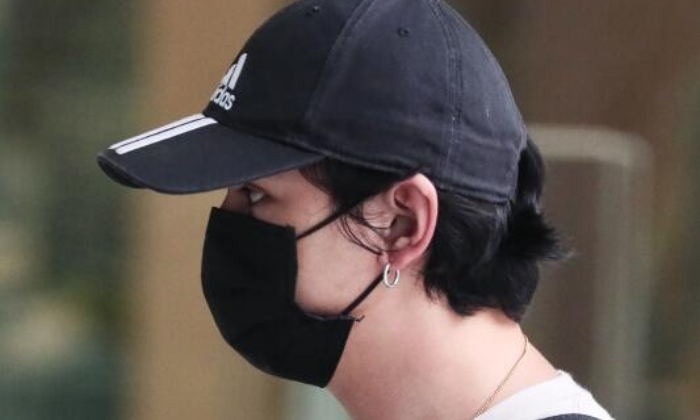 A full-time national serviceman (NSF) with the Singapore Police Force allegedly insulted a female colleague's modesty while at a police unit last year.

Jonathan Chua Wei Cong, now 23, is claiming trial to one count each of criminal trespass and insulting a woman's modesty.

The alleged victim, who was then 30, cannot be named due to a gag order.

Chua, who has since completed his national service, allegedly committed the offences at around 5pm on March 12 last year.

On the first day of his trial on Thursday (Nov 26), the court heard that Chua allegedly entered a toilet for women at the headquarters before placing his mobile phone at the top of a cubicle door.

A female colleague was in the shower at that point.

Deputy Public Prosecutor Tan Zhi Hao told District Judge Brenda Tan that when the alleged victim saw the top half of the device pointing at her, she shouted.

The perpetrator fled before she could catch a glimpse of him, but the woman told her superiors about the incident and a lockdown was ordered.

Mobile phones belonging to individuals who were present at the unit were then inspected, the court heard.

The DPP added: “Based on the description of the phone provided by the victim, (an assistant superintendent) narrowed down the suspects to the accused and 13 individuals.”

But he said evidence showed that the 13 individuals did not enter the female toilet that day.

“It is undisputed between the parties that, sometime between 4.00 pm to 5.00 pm, the accused entered the female toilet while in possession of his mobile phone,” added DPP Tan.

The alleged victim, who lodged a police report at around 8.40pm that same day, gave her in-camera testimony in court on Thursday. This means the hearing was not open to the public, including members of the media.

In a statement after Chua was charged in court last year, police said that officers of the force, including national service officers, are expected to uphold the law and maintain high standards of discipline and integrity.

"Those who commit criminal offences will be charged in court and dealt with in accordance with the law. As the court case is ongoing, we are unable to comment further," added its spokesman.