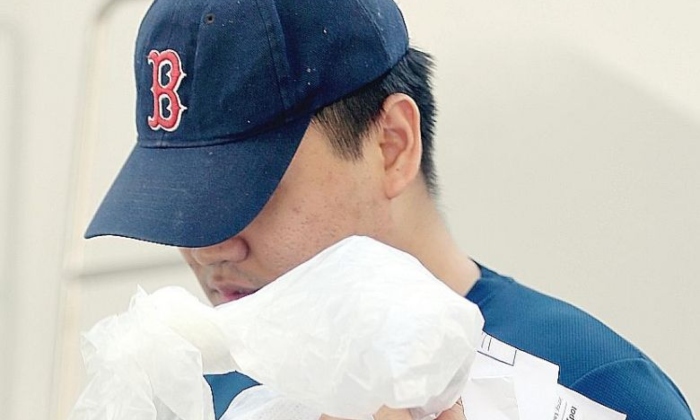 The National University of Singapore (NUS) undergraduate who took voyeuristic videos of women in student dormitory showers was sentenced to 12 weeks' jail and fined $1,500 yesterday.

Joel Rasis Ismail had earlier pleaded guilty to three charges of insulting a woman's modesty and one of criminal trespass. Another seven similar charges were taken into consideration during sentencing.

The 27-year-old filmed the victims between March and May last year in Raffles Hall, in the toilet of a "female-only" floor that is barred to males.

It happened in the midst of a public uproar about sexual misconduct in universities.

In April last year, NUS student Monica Baey had complained of inaction in her case after another male student took voyeuristic videos of her in 2018. The male student was later served a conditional warning by the police.

Court documents showed that Joel, who has been suspended by NUS, had initially gone to the toilet to relieve himself.

While there, he placed his mobile phone in the gap between the cubicle partition and toilet floor to record the women.

He did this four times and was eventually caught in May, after trying to film a schoolmate in the shower.

Police had identified him from closed-circuit television footage.

During the investigation, it emerged that Joel had taken two upskirt videos of a colleague at work during an internship in 2016.

He had also taken upskirt videos of two unknown women at an escalator near Tanjong Pagar MRT station that year.

During the hearing, Deputy Public Prosecutor Andre Ong argued for 12 weeks' jail and a $1,500 fine, noting that the dominant sentencing principles here should be of general and specific deterrence.

However, Joel's defence lawyer Malcolm Tan said the student committed the 2019 offences in a "misguided attempt to boost his flagging libido".

He claimed to have nightmares and flashbacks of a bad relationship in 2015, which caused him to suffer from reactive depression.

District Judge Adam Nakhoda noted that Joel had not been suffering from any significant symptoms of anxiety and depression at the time of his offences.

The judge said his reason for the offences is also "completely unacceptable", adding that Joel's actions had been purposeful and deliberate.

His offending conduct had also escalated, said the judge, noting that he had moved from shooting upskirt videos to trespassing in order to shoot the voyeuristic videos.