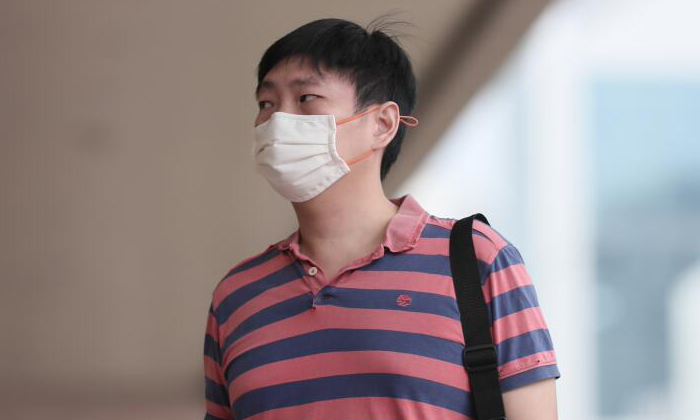 Equipped with a camera concealed in his laptop bag, a 41-year-old man took over 300 upskirt video clips at various shopping malls in 2017.

Chia Teck Huat, a former lecturer at the Institute of Technical Education, pleaded guilty on Thursday (Oct 29) to three charges of insulting a woman's modesty.

District Judge Adam Nakhoda will take into consideration another similar charge during sentencing, which is is expected on Dec 7.

Court documents stated that Chia purchased mini cameras online, which he subsequently modified so that they could be concealed in his laptop bag.

He would attach a camera to a portable charger and position it so that it would peek out from the side of his bag.

Any footage recorded would be saved into a micro-SD memory card.

"The accused kept at least two spare cameras in the same bag as, in the course of committing the offences, he had broken at least two cameras," Deputy Public Prosecutor Kathy Chu told the court.

Between July and October 2017, Chia would walk around shopping malls, including Plaza Singapura, while looking for middle-aged office women wearing short skirts.

He would follow these women and position the camera underneath their dresses or skirts and recorded video clips.

DPP Chu said that Chia would review the clips that he filmed and if any successfully captured the victim's underwear, he would copy the file to his personal electronic devices.

Chia was arrested on Oct 23, 2017 after a man, who suspected that he was taking upskirt photos of women, made a police report earlier that day.

The court heard that 362 video clips were recovered from Chia's tablet and thumb drive, which were seized in a raid at his house.

Of these, 314 were taken between July and October 2017. Twenty-one others were undated while the remaining could not be played.

DPP Chu urged the court to jail Chia for at least 40 weeks, noting that there was a "high degree of planning and premeditation" in the commission of the offences.

In mitigation, Chia's lawyer said that his client had gone for psychiatric treatment and counselling since his arrest. This included 34 counselling sessions with a psychologist.

For each of his offences, Chia can be jailed for up to a year and/or fined.