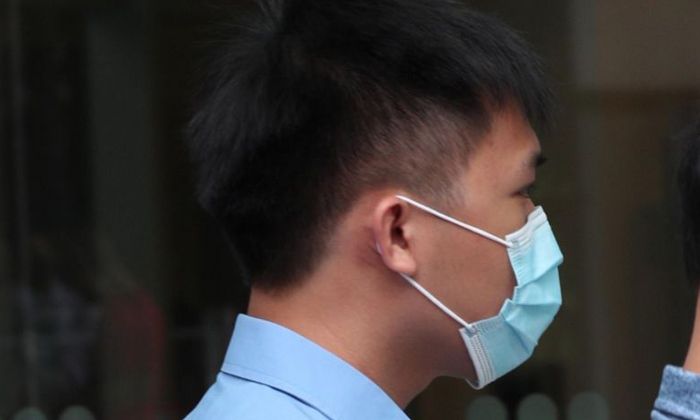 An undergraduate who took 469 upskirt and up-shirt videos of 335 women over about six months was sentenced to nine months and three weeks' jail on Wednesday (Sept 23).

Shaun Ho Yan Liang, 26, struck between February and July 2018 at various locations around Singapore, including the Nanyang Technological University (NTU) campus, where he was studying psychology.

He pleaded guilty on Sept 16 to two charges of insulting the women's modesty, as well as one charge of being in possession of obscene videos. One other charge under the Films Act was taken into consideration for sentencing.

He said that Ho's crimes were premeditated since he "targeted victims in the appropriate clothing" before filming them in a "brazen manner".

The judge noted that while Ho seems like a "bright individual", his academic qualifications were not relevant in this case.

Ho's crimes came to light when he was caught in the act at a FairPrice outlet in Eastpoint Mall in Simei on July 22, 2018.

He followed a woman who was wearing denim shorts and a loose white T-shirt around the supermarket, recording videos of her buttocks and undershirt area between 8.40pm and 8.55pm.

Ho took 10 videos of her by standing or squatting directly behind her and positioning his blue Samsung S9 mobile phone below the waist level or close to ground level, with the rear camera of the phone pointed upwards to film up-shirt or upskirt videos.

Using a phone app called BVR, he was able to record the videos on his phone with a blank screen.

The woman's boyfriend caught Ho with his phone pointed under her T-shirt, detained him and reported the incident to the store's security officer.

The authorities later found 459 other videos of female victims on Ho's phone shot between February and July 2018.

On each occasion, Ho targeted women wearing shorts or skirts whom he found attractive. He would use his phone camera and the BVR app to record a video of the woman's breasts, undershirt or crotch by standing or squatting close to her.

Aside from Eastpoint Mall, he took videos of the women at other locations, including a laboratory at the National Institute of Education's School of Science, an overhead bridge at NTU and a student activity centre in NTU.

Ho would even record the videos of his victims during lessons at NTU.

On Wednesday, Ho's lawyer, Ms Cheryl Sim from Regent Law, noted that Ho has attended numerous counselling sessions over the past two years.

However, Deputy Public Prosecutor Sean Teh reiterated that "(Ho's) voyeurism does not deprive him of self-control".

Addressing the court, Ho said that he felt "a very huge sense of relief" after being caught and that he "owes apologies to all the people (he) has hurt". He also urged other offenders to "seek help as soon as possible (and to) not hurt any more people".

Last Wednesday, a spokesman for NTU told The Straits Times that Ho is no longer attending classes at the university, and will be subject to disciplinary proceedings following judiciary proceedings and court sentencing.

"(Disciplinary action) may include suspension or expulsion from the university," he added.