Wife of Filipino cyclist killed in Loyang bus accident: 'I hope this is all just a dream' 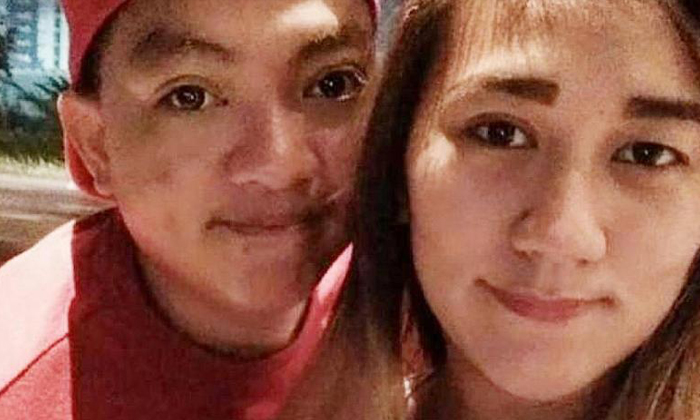 He landed a job here two years ago as an aircraft technician.

Every day, Mr German Gonzales would call his wife back home in the Philippines.

On Thursday night, he did the same, telling her he was hoping to return home and see her and their two young children "after the pandemic ends".

It was the last time husband and wife spoke to each other. The 31-year-old cyclist died in a road accident on Friday after being trapped under a bus at the junction of Loyang Avenue and Pasir Ris Drive 1.

A 63-year-old bus driver with bus operator SBS Transit has been arrested for careless driving causing death, and the police are investigating the accident.

Speaking to Chinese-language evening daily Lianhe Wanbao from the Philippines after the accident, his wife, Ms Shiela Marie, 29, said: "I didn't think that his life would end just like that.

"My heart really hurts, and I don't know what to do."

The accident happened at about 10.30pm. Lianhe Wanbao reported that the cyclist was dragged for about 30m under the bus.

Rescuers from the Singapore Civil Defence Force (SCDF) used lifting equipment to extricate Mr Gonzales and he was pronounced dead at the scene by a paramedic.

Ms Marie told Chinese-language newspaper Shin Min Daily News that the couple's two sons, aged eight and nine, have been crying non-stop since they learnt of their father's death.

Ms Marie said her husband's uncle will be taking care of the funeral arrangements and that his body will be flown back to the Philippines today.

"Let us travel again, I will still be by your side. I hope this is all just a dream," she said.

A Lianhe Wanbao reader, named only as Mr Liao, 30, told the paper he was driving by the Loyang-Pasir Ris junction when he saw a bicycle crushed under a wheel of the bus.

"SCDF officers arrived about two to three minutes later and used lifting equipment to move the front half of the bus up," he said.

Mr Liao said the bus passengers had already alighted and they were subsequently picked up by another bus.

Responding to queries, SBS Transit senior vice-president of corporate communications Tammy Tan said: "We are sorry that this has happened. The bus was travelling straight and about to make a right turn at the traffic junction which was green in its favour when the accident occurred.

"We are trying to get in touch with the cyclist's next-of-kin to extend our deepest condolences and offer our assistance."

She added that SBS Transit is assisting the police in their investigations.