Motorcyclist dies after collapsing in Toa Payoh: Driver recounts how he tried to perform CPR 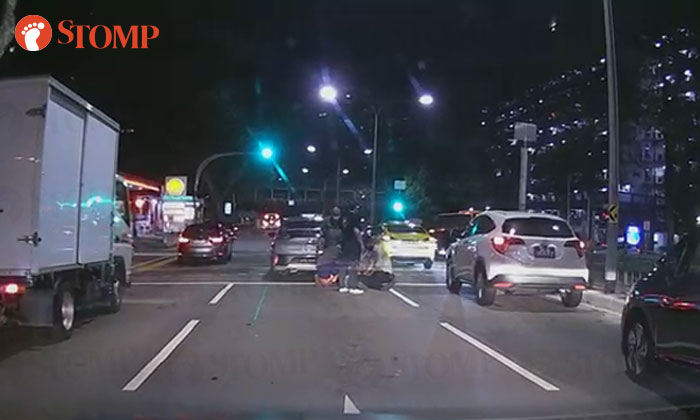 A motorcyclist died after collapsing along Lorong 1 Toa Payoh on Monday evening (Mar 8).

Stomp understands that he suffered a heart attack.

Stomper Wayne alerted Stomp to the incident and shared how he tried to perform cardiopulmonary resuscitation (CPR) to revive the fallen rider.

Wayne had reached out to Stomp to see if Stomp had received any news about the incident.

"I was the first first-aider on-site and got out of my car to assist," he said.

He said another woman called for an ambulance at about 8.31am.

"When she called, the taxi driver was right beside the motorcyclist.

"Some passers-by helped the man to the side and one of them pushed his bike nearer to the road leading to SPH.

"When I arrived, there was a long jam, but no one was willing to stop.

"I had to stop to shield the bystanders and the casualty.

"When I went down to render help, they told me that he was not breathing and there was no pulse.

"None of them were first-aid trained, so I started CPR immediately.

"Halfway through, my friend drove past and saw me and parked near the Shell service station before coming over to assist me.

"We continued CPR all the way until the ambulance came.

"Three shocks were given but the man could not be revived.

"Eventually, he was ferried off."

In response to a Stomp query, the Singapore Civil Defence Force (SCDF) said they received a call for assistance at 106 Lorong 1 Toa Payoh at 8.30am.