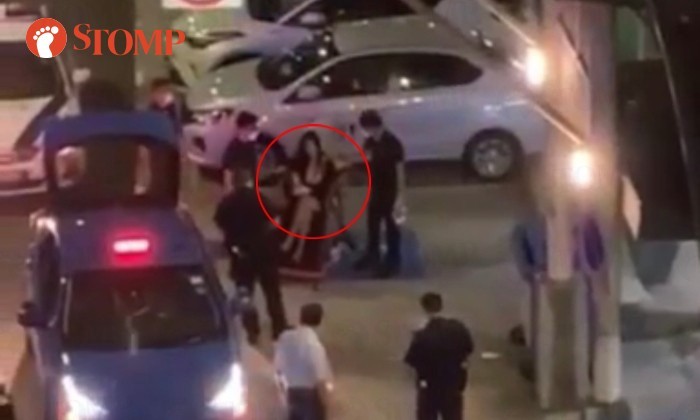 Sometimes when people are drunk, they do things that they are not proud of.

It is no different for this 27-year-old woman who pronounced her love to paramedics while under the influence.

The police told Stomp in response to queries that they received a call for assistance at Block 503 Ang Mo Kio Avenue 5 on Monday (Nov 16) at 8.47pm.

"A woman was conscious when conveyed to Sengkang General Hospital," added the police.

Stomper Yu saw what happened and shared a video of the incident with Stomp.

In the video, a few people can be seen surrounding what appears to be a drunk woman as she makes some wild gestures.

She then tilts her head forward and looks like she is about to vomit.

Several policemen can also be seen at the scene.

According to Yu, the woman went inside the ambulance, but not before she made a scene and spouted some words of passion.

"This drunk woman kept saying 'I love you' to the paramedics," said Yu.

"She also started saying something like 'he don't want me already'. After a while, she agreed to go inside the ambulance, so I stopped recording.

"But less than one minute after she went inside the ambulance, she ran out and started shouting 'I don't want, I don't want'.

"In the end, she went back inside the ambulance. I'm not sure what happened after that."