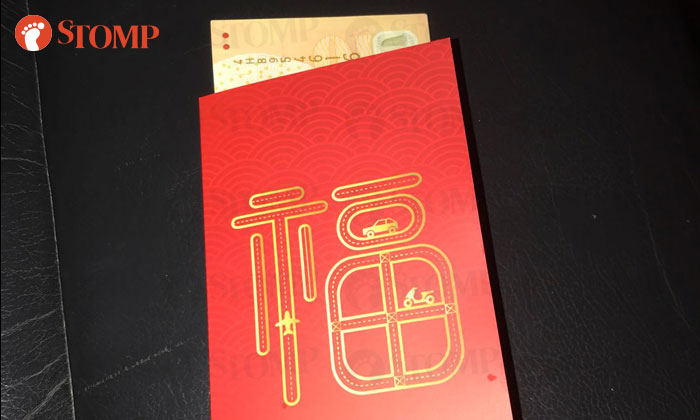 Any driver would be wary of finding something placed on their windscreen, especially if it is a white slip of paper.

However, car owners who parked their cars at a carpark in Bedok Reservoir found something very different this morning (Jan 10).

Stomper Martin was one of those who found what looked to be a hongbao tucked under his windscreen wiper.

"A lot of car owners got early red packets on their windscreens this morning," said the Stomper.

The "hongbao" looked like a $10 note was sticking out of it.

Upon opening the packet, Martin soon realised it was just a clever piece of marketing for Budget Direct Insurance.

Budget Direct Insurance previously made headlines when they issued "samans" to drivers with the transgression: Paying too much for car insurance.

The publicity stunt received mixed reviews but when Stomp interviewed the company's CEO, Simon Birch, last June, he did say that they had more creative initiatives up their sleeves.