Stomp Editor thought he kena saman... and then... 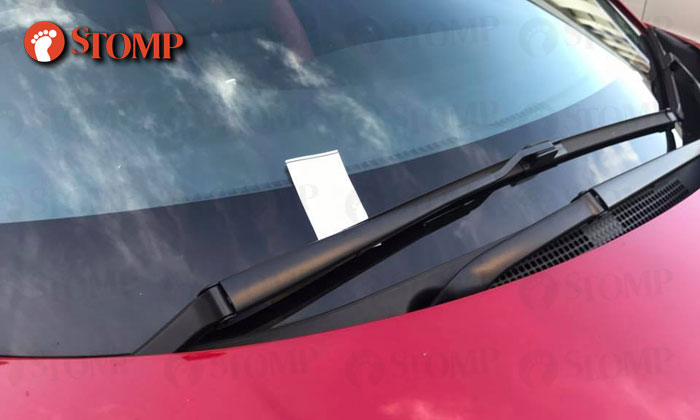 Most drivers are filled with a sense of dread when they see a tiny slip of white paper tucked under their windshield.

That is what the Stomp Editor felt when he approached his car yesterday morning (Jun 20).

However, upon reading what he thought to be a parking ticket, he felt a sense of relief.

The transgression? Paying too much for car insurance.

"Talk about an attention-grabbing ad," said the editor.

According to Marketing Interactive, this prank was received by about half a million motorists and was part of a large-scale marketing campaign called 'Operation National Summons'.

It was to promote the insurance company's 'Pay Less or Get $100' initiative to motorists who are able to get a cheaper quote elsewhere for their car insurance renewal.

300 people worked through the night across 2,000 carparks on the island to pull this off.

Related Stories
Something's not quite right with this 'saman' biker received at Geylang Bazaar
Try and count how many 'saman' slips are on this car parked along Hougang Avenue 10
The curious case of the damaged BMW that was abandoned at Block 158A Jalan Teck Whye
More About:
funny
prank
marketing
publicity stunt
insurance
saman
parking
carpark