Driver posts video of how 'young punks' reacted after near-accident, all 3 get slammed by netizens 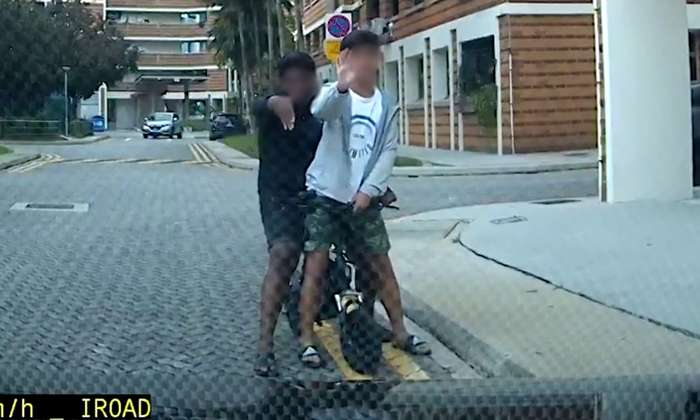 A car driver and two youths on a personal mobility device (PMD) almost had a head-on collision in Pasir Ris on Monday (Nov 11).

The driver subsequently shared a video of the incident with Facebook page Beh Chia Lor - Singapore Road and called out the "YPs" (an abbreviation for 'young punks') for their "total disregard of the law".

The driver, known only as RP, said in his caption that one of the youths "was not remorseful" and apparently argued with him about how he was driving.

"[This was] until my neighbour came and aided me to tell him to get off the road," said RP.

In the video, the driver can be seen making a right turn and encountering the youths who were on a PMD together.

Both parties manage to brake in time and avoid an accident.

While one youth appeared to hold up his palm, seemingly in apology, his companion made gestures that seemed to blame the driver.

Interestingly, majority of the comments from netizens called out RP for being a bully.

Many said that not only had RP failed to keep a proper lookout, he also drove towards the right side of the road instead of keeping left. Some even claimed that the driver had done this on purpose.

A few, however, pointed out that the youths -- just like the driver -- were not exactly faultless either.

Moral of the story?