Driver hurls vulgarities at condo gardeners, shouts at them to "cancel" ride 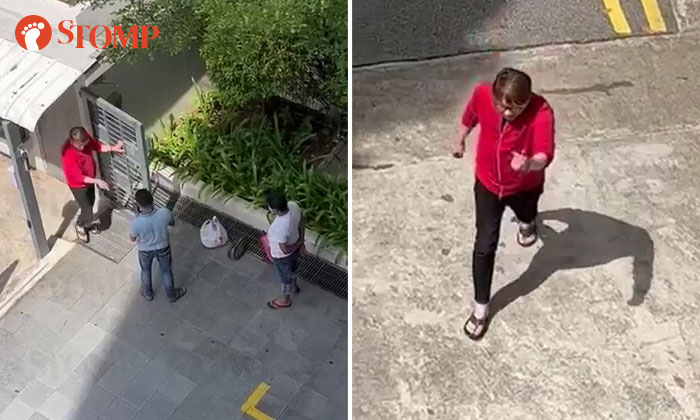 A man was caught on video shouting at hurling vulgarities at a pair of gardeners at a condominium in Balestier on Sunday morning (Feb 13).

A Stomper, who is a resident at Ecoville condominium, shared with Stomp a video of the incident.

The Stomper said: "The private hire driver refused to help take their items and asked my gardeners to cancel the order in a violent manner."

In the video, the man is heard shouting at the two men to cancel the ride.

Before returning to his car, the driver shouts at them again: "Cancel already or not?"

Just when you think the episode is over, he storms out of his vehicle once again and shouts: "Where got cancel?"

He points and walks towards the men again: "Oi! Come!"

According to the Stomper, nobody intervened.

He added: "I'm not sure if this rude driver works for Grab, Gojek or both."

He has since reported the matter to both companies.

Related Stories
Woman harassed by neighbour who tells her to "suck my c***": Police investigating
Passengers pull down masks to eat ice cream, taunt bus captain: 'Drive carefully can or not?'
Elderly man hurls vulgarities at bus driver for not stopping for him: 'Do you know who am I?'
More About:
rude
shout
shouting
vulgarities
condo
condominium