Elderly man hurls vulgarities at bus driver for not stopping for him: 'Do you know who am I?' 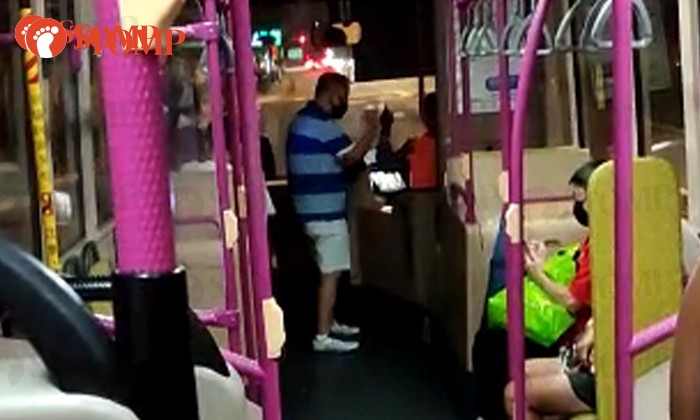 A 72-year-old man is assisting with police investigations after he was caught on camera verbally abusing a bus driver on Friday night (Jan 14).

Stomper Mave was onboard SBS Transit bus service 13 at around 11.15pm when he witnessed the man's tirade and took a video.

Mave said: "The passenger boarded bus 13 at Still Road South after taking a taxi from Lavender to chase after the bus. He then alleged that the bus did not stop for him back at Lavender.

"You can see in the video that we were near D'Ecosia, just before Marine Parade Road."

It is unclear what the bus driver replied, but the man retorted: "Okay! Fine now, fine now. I will complain. I complain to SBS already. You think I don't know who am I? Do you know who am I?!"

The bus driver responded: "You are pointing at me for what?!"

According to Mave, the ruckus lasted for around 15 minutes until the bus stopped at Block 45 Marine Crescent, where everyone had to wait for the police to arrive.

Mave told Stomp: "We all alighted and waited for the police to come. A few students and myself stayed back to give our account of what happened, while the angry passenger gave his side of the story.

"It was late and around 12 midnight by then, so I left after giving my statement.

"The man was clearly endangering the lives of all passengers on the bus by verbally abusing the bus driver and distracting him from driving safely and properly.

"His argument between the bus driver and him over the bus not stopping earlier for him is not a valid excuse for putting everyone in danger.

"It is precisely such uncalled abusive behaviour that the law must protect our bus captains and passengers from."

In response to a Stomp query, the police said they were alerted to a case of dispute on a bus along Still Lane at around 11.08pm.

They added: "A 72-year-old man is currently assisting with police investigations into a case of using abusive language against a public service worker."