Woman harassed by neighbour who tells her to "suck my c***": Police investigating 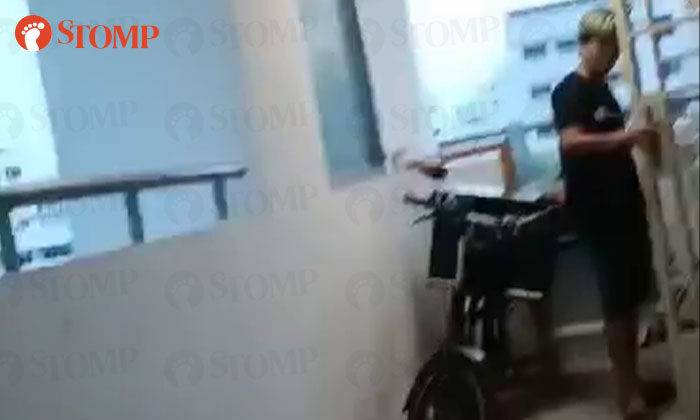 Aidah has since reported the incident to the police.

A Jurong West resident says she has been putting up with constant harassment from her next-door neighbour over the past two years.

Stomper Aidah, who is a single mother of three, shared with Stomp a video of her neighbour hurling vulgar language at her as she was returning home on Jan 26 at about 7.20am.

In the video he is heard saying "suck my c***" as she opens her door to enter her unit.

He repeats the phrase in Malay and in English again.

Aidah added: "He also pulled down his shorts until his private parts and I just looked away.

"As a woman, I feel disgusted by his act."

Aidah told Stomp that her neighbour has been "harassing and disturbing" her and her children for over two years.

"I don't know when this all will end," she said.