Driver and passenger argue about car door being closed too forcefully 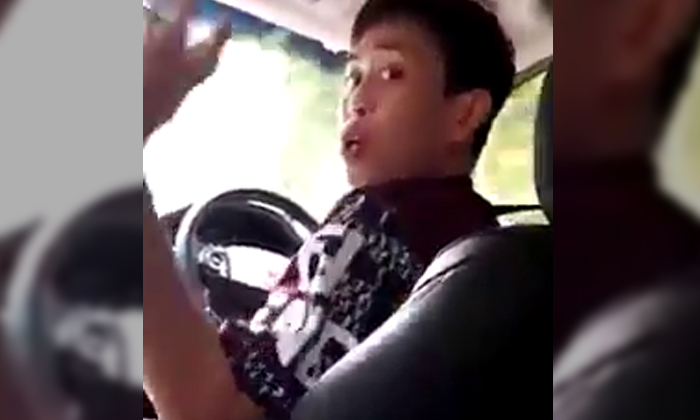 A driver and his passenger got into a heated argument after the latter was said to have closed the car door with too much force.

A video posted by Facebook page Thelocalsociety on Wednesday (June 5) shows the private-hire driver and his passenger quarrelling for over two minutes.

A brief translation of their conversation:

Driver: If the car is spoilt, what problem will you have, you tell me.

Passenger: I lightly [closed] the car door, so what?

Driver: Ok, ok, let's stop talking about this. Forget it.

Driver: Lightly? To you is lightly.

Passenger: There's no need to be loud, you.

Driver: I'm just telling you, the car is mine. You don't have to -

Driver: It's not that I have time.

Passenger: Then I close the door, you make so much noise.

Driver: I'm not making noise, I'm just telling you. I'm telling you there's no need to use so much force.

Passenger: Not forceful, listen to the sound.

Passenger: What forget it? You ownself not happy, you ownself want to argue.

Driver: I'm not, I'm just telling you, you have to understand.

Driver: No need to record la, no use recording.

[some back and forth]

Passenger: Is it loud? You think it's loud because you are inside the car. It's metal.

Driver: Afterwards I told you there's no need to use so much force. Don't do that. what did you reply? You say. You said you are not using a stick or metal. What is that supposed to mean? You are saying you want to hit my car with a stick and metal.

Driver: I was also just telling you. You said you used your hand to knock.

Driver: I don't need to carry on. I have nothing to say to you.

Driver: Not making noise. The car is mine. I want to tell you. I want you to understand.

Passenger: No need to understand.

Driver: Ok, as you please.

Passenger: This door is metal.

Driver: The car is mine. If anything happens, I have to settle.

Passenger: Then you don't drive.

It is unclear what happened afterwards, but many netizens said the passenger was provoking the driver on purpose.

Related Stories
Audi couple share car cam video of collision with teen cyclist and their side of the story
Gojek driver who berated elderly passenger over $7 lodges police report
Gojek driver issued warning by LTA for recording and sharing viral video of himself and passenger
More About:
dispute
argument
driver