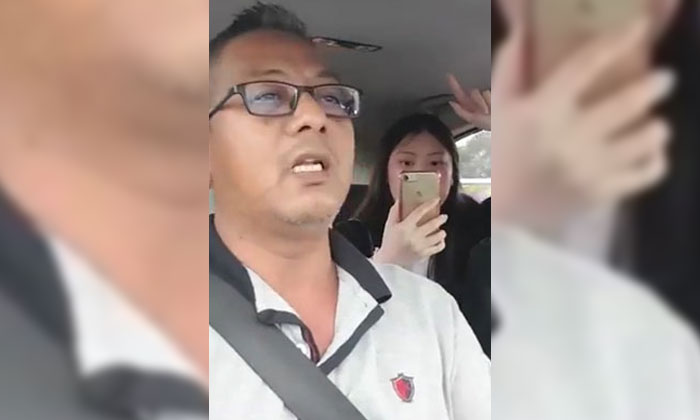 The Land Transport Authority (LTA) has issued a warning to Gojek driver Kamaruzzaman Abdul Latiff after he recorded and shared a video of himself and a passenger that went viral.

Mr Kamaruzzaman, 49, had been accused by a passenger of kidnapping her after he picked her up in Bishan on Jan 29.

The passenger was reportedly upset that Mr Kamaruzzaman was unable to avoid Electronic Road Pricing (ERP) gantries during the journey.

Following investigations on the incident, Gojek said: "A fair outcome has been reached with the driver partner and we are of the view that the matter is now concluded."

Mr Kamaruzzaman also said that Gojek told him there was "nothing wrong" with what he did and the company "won't do anything" to him.

On Feb 4, the LTA told Stomp that it was looking into the incident after a complaint had been filed against Mr Kamaruzzaman.

Stomp understands that Mr Kamaruzzaman was served a warning letter from the LTA on Monday (May 6).

An LTA spokesman confirmed with Stomp on Wednesday (May 8) that Mr Kamaruzzaman had been issued a warning.

The spokesman said: "In response to media queries, the LTA confirms that a warning has been issued to private hire car (PHC) driver Kamaruzzaman Bin Abdul Latiff for the unauthorised recording and disclosure of a video of himself and a passenger taken in his vehicle on 29 January 2019.

"LTA would like to remind all taxi drivers and private hire car drivers that they are not allowed to make recordings within their vehicles without LTA’s approval or disclose recordings to unauthorised personnel.

"This is to ensure commuter privacy, safety and protection of personal data."