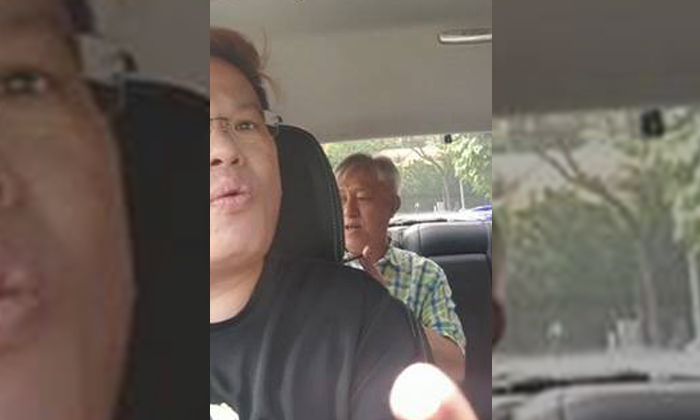 The Gojek driver who was involved in a heated dispute with an elderly passenger over a $7 fare discrepancy has lodged a police report after a video of the incident went viral.

The driver, identified as Aaron Heng, had given his side of the story and apologised for his behaviour in a Facebook post on Saturday (March 30).

However, the post appears to be no longer available.

On the same day, Mr Heng also lodged a police report regarding the video, which he said he had shared in a group chat on WhatsApp to 'ask for advice'.

According to SG Road Vigilante, which posted a copy of Mr Heng's police report, someone then uploaded the video on Facebook, where it went viral.

In his police report, Mr Heng named the people in the WhatsApp group chat. He also asked the police to look into the matter and advise him on what to do.

The police confirmed that a report was lodged on the matter.