Does paying $344 for MLTR concert give this man the right to shout at and bully usher? 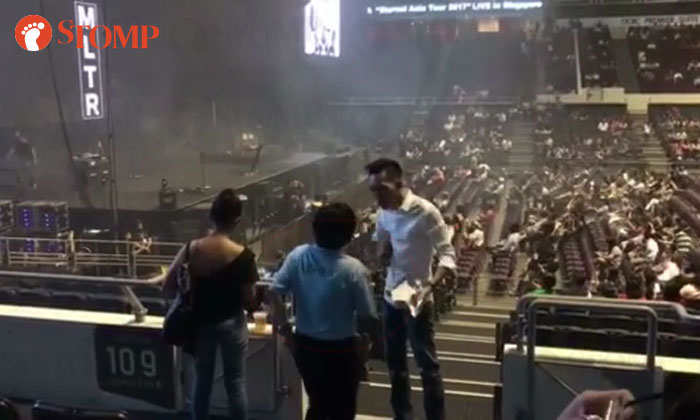 A man was caught on video scolding and cursing at an usher at the Michael Learns to Rock (MLTR)'s held at the Singapore Indoor Stadium yesterday (Sep 2).

Stomper Wan Keng shared the video with Stomp and said that the man was having an issued finding his seat.

"This man yelled at the usher when he could not find his seat last night at the MLTR concert," said the Stomper.

"Very ill manners even when the usher tried to explain and wanted to help. He simply yelled and caught everyone's attention. He ever swore!"

In the video, he can be heard shouting at the usher, "You're saying I paid $344 for nothing, ah? You tell him I paid the price $344, do you understand that?"

The woman tries to talk to him but her voice cannot be heard.

The man responds, "Then go, carry on, faster!"

He added: "Beyond your control? What job are you doing over here?"

The usher that quickly runs up the stairs as the man curses.