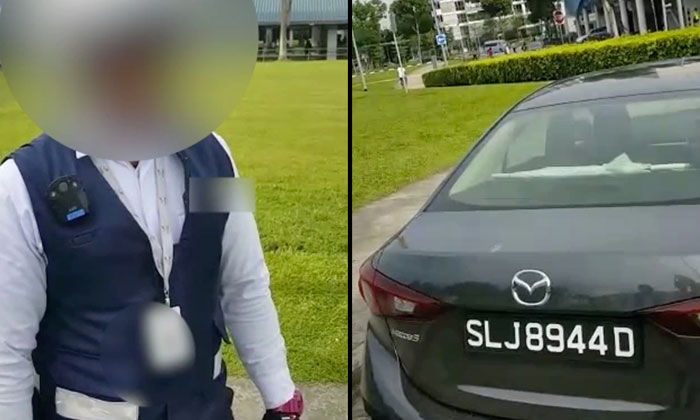 A video circulating on WhatsApp shows the driver of a black Mazda SLJ8944D confronting an LTA officer for taking photos of his car, after he allegedly stopped his vehicle illegally at a no waiting zone to throw rubbish.

The video was sent in to Stomp by Stomper Ah Boy.

In the video taken by the agitated driver, he told the officer to ‘use his brain’, despite the officer calmly explaining the offence to him, and advising him to bring up his concerns with LTA.

The driver replied that he ‘doesn’t care’ and ‘will see the Prime Minister’.

At one point, the driver even said:

“I have to get out of my car to throw rubbish.

“You want me to eat my rubbish?

“People got eat rubbish a not?"

“Why must this driver throw rubbish specifically at this area?

“Why not just stop at any bus stop where there are rubbish bins?

The location and timing of the incident cannot be verified.

Related Stories
Netizens identify woman who allegedly ran over dog at Pasir Ris Farmway 3, told owner 'f*** you' and drove off
You'll lose count of how many traffic rules this Merc driver flouted in 3 min
Cabby 'die die' refuses to give way despite going against traffic and getting honked at -- then acts all 'self-righteous'
rude
unreasonable
parking
lta
officer
bully
road bully