Doctor allegedly punched girlfriend's face after she refused to have sex with him, caused facial fractures 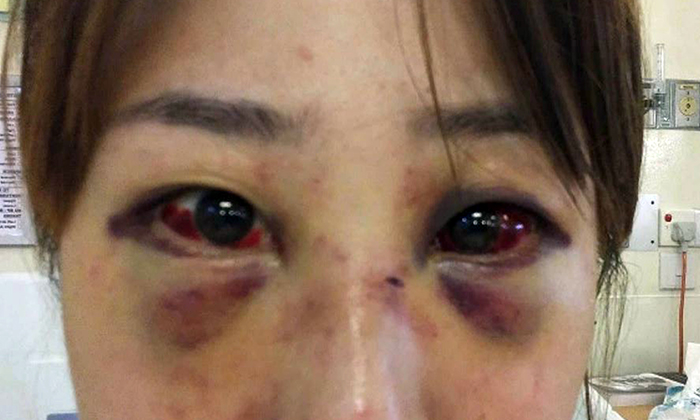 A doctor allegedly flew into a rage and assaulted his then-girlfriend, causing multiple facial fractures, after she expressed her reluctance to have sex with him, a district court heard on Monday (Nov 4).

Clarence Teo Shun Jie, 35, who works as a locum - or stand-in doctor - at clinics, is also accused of causing a fracture to her left little finger.

He allegedly caused grievous hurt to Ms Rachel Lim En Hui at his Redhill flat between 2am and 4.12am on Aug 27, 2017.

Teo is also accused of wrongfully confining Ms Lim, 27, in his bedroom and preventing her from leaving that morning. The couple are no longer together.

Three other assault charges involving her have been stood down for now and may be dealt with at a later date.

Portions of her police report made on April 1 that year were read out in court on Monday.

Ms Lim had told the police that she later found out he was an alcoholic and had been diagnosed with substance abuse disorder.

According to the report, they were together on March 12 that year when he allegedly brought up her past relationships before punching her.

He apologised the next day and she forgave him. But he allegedly struck her again in his car later that month on March 30.

When they reached his flat, he allegedly poured a bottle of cold apple juice over her, turned on the air-conditioner and made her shiver.

Ms Lim, who works in the communications industry, testified in court on Monday.

She told District Judge Toh Han Li that she went out with Teo for a night of merrymaking on Aug 26, 2017, and returned to his home in the wee hours the next day.

DPPs Phang and Amanda Sum said in their opening statement: "However, the accused became enraged and turned aggressive when she expressed reluctance to have sexual intercourse with him. When she tried to leave the room to escape from him, he pursued her, forced her back into the room, and locked the door.

"This was followed by a violent assault wherein the accused punched the victim's face repeatedly with great force, and hit the victim's head against the wall."

Ms Lim told the court: "I was screaming at the top of my voice."

The DPPs said in their statement that Teo's father, who lived in the flat, alerted the police at 4.12am.

One of the officers who arrived at the flat soon after, Staff Sergeant Muhammad Jauhary Sabiri, told the court that a decision was made to break down the door as the situation was found to be "life threatening".

After they broke the door down, he saw that Ms Lim's face was "badly bruised... beyond recognition".

Teo was arrested and Ms Lim was taken to the Singapore General Hospital where she was warded for 21 days.

If convicted of voluntarily causing grievous hurt, he can be jailed for up to 10 years and fined or caned.