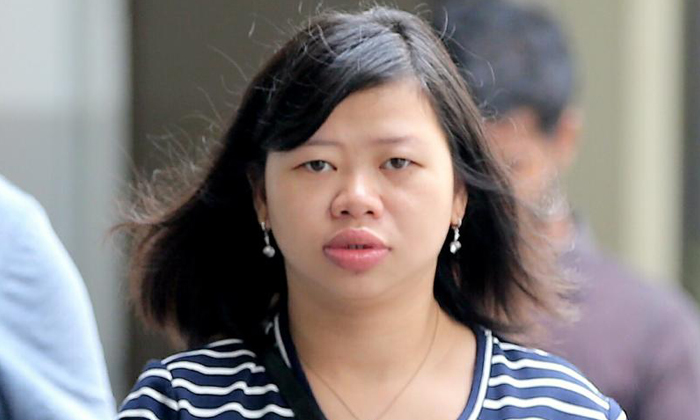 A 26-year-old divorcee made two false police reports about being raped by a man and getting assaulted by her boyfriend's wife.

According to court documents, Luo visited Bukit Batok Neighborhood Police Centre on July 25 last year, at around 12.25am, to lodge a false report about being attacked by a woman.

She claimed that the woman had slapped her left cheek, stomped on her stomach, as well as pinched and hit her left arm and leg.

It is understood that the woman was the wife of her boyfriend at that time.

Luo also made a false report at Woodlands East Neighbourhood Police Centre on Nov 25, 2015, at around 1am, claiming that she had been 'raped' by a man.

During Luo's trial, the prosecution said that she had committed a serious crime and pointed out how the parties involved had to go to the police station to assist with investigations because of her fabricated stories.

She had also wasted manpower as an investigator had been assigned to follow-up on her case.

However, Luo's lawyer presented a report from February this year, stating that Luo suffered from depression and mild intellectual disability.

Luo will be sentenced on October 24.

Related Stories
Man lodged false police report after falling for credit-for-sex scam
Woman calls police about 'fight' involving 15 people at mosque -- which did not happen
Man who allegedly made false police report about being assaulted and robbed under investigation
More About:
false report
court
Rape
assault