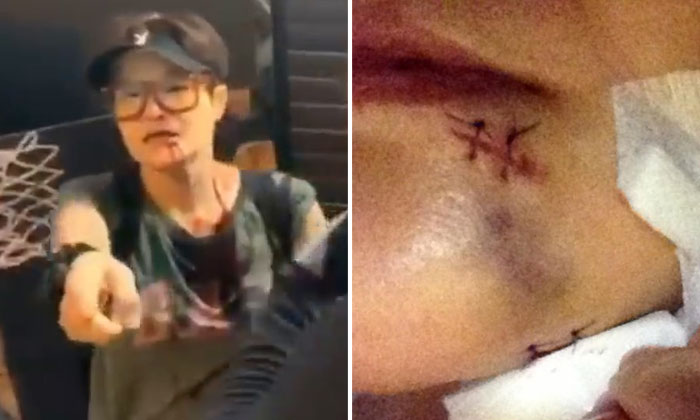 TVB actress Celine Ma is now in a safe place after a physical confrontation with pro-democracy demonstrators in Hong Kong left her with 11 stitches.

On Sunday (Oct 6), she was attacked in Mong Kok when she filmed a crowd vandalising a Bank of China ATM with her smartphone.

A man intervened to stop the assault and Ma, 51, was later escorted to a police station by a foreign journalist.

On Tuesday, the actress gave an update on Weibo about her condition, writing that "it is still all right".

She also put up photos showing the injuries. 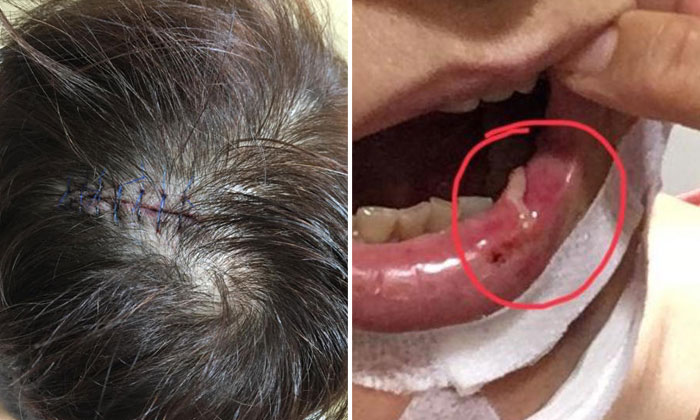 Ma was targeted after she had gone to Mong Kok to return an item she bought.

In a video on YouTube that shows her standing her ground against the agitated crowd, a person is seen hitting her with a tennis racquet while others try to grab her hands.

The video shows blood on her neck and her T-shirt with blood stains.

After she was stitched up, Ma, who has voiced her support for the Hong Kong police, was advised to stay in hospital.

A friend, who kept her company, posted that she held Ma's hand tightly, describing the situation as a "sleepless night".

Ma's injuries have drawn the attention of the Communist Youth League in China, which has gone online to praise her bravery, reported Sin Chew Daily.

It lauded her efforts to "protect" Hong Kong where tensions have escalated after the more radical among the protesters became more violent.

The Sunday incident has made other Hong Kong celebrities more wary about their safety, with actor Gregory Wong reminding everyone to play it safe.

Wong, who was recently detained by the police for his involvement in the protests before he was freed, said Ma's experience shows it is best not to provoke anyone if they come across protesters.