Do you know what's this spiny-looking creature spotted in Sengkang? 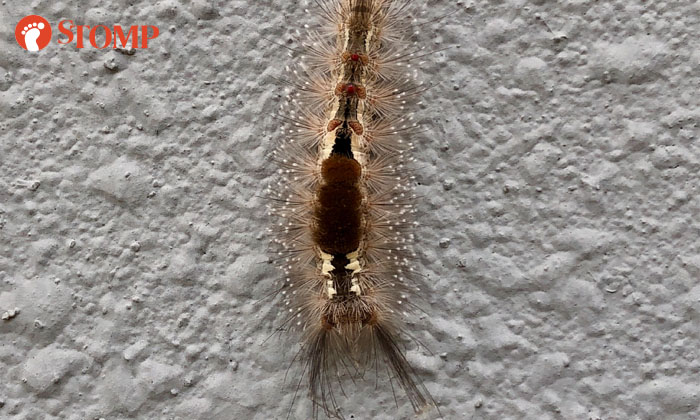 Stomper AkiraJ was along Buangkok Drive in Sengkang at about 10am on Monday (Aug 6) when he came across a "strange little worm" that was stuck on a wall.

He said that the creature was about an inch (2.54cm) in length and did not move much.

"I was on the way to lunch when I saw this strange little worm, which I guess is poisonous," added AkiraJ.

Piqued by curiosity about the creature's species, he went and did some research.

He said: "It is a tussock moth caterpillar.

"This was my second time seeing one.

"The first time I saw it, it was on a railing at a park connector.

"But I think this one looks better than the one I saw last time, I think that it is beautiful."

According to online reports, this particular species of caterpillars has a distinctive appearance of alternating bristles and haired projections, which might cause pain if they were to come into contact with skin.

Those who come across the creature is advised against touching it.