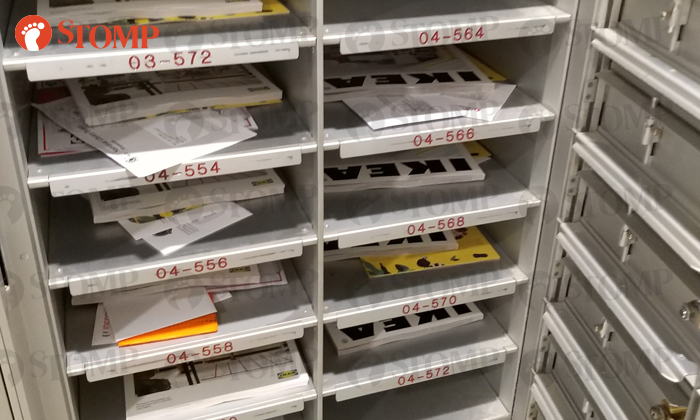 Disciplinary action will be taken against a postman who left several letterboxes at a block of Housing Board flats in Sembawang open, said SingPost in response to Stomp queries.

Stomper Jack, a resident at Block 128B, said he saw the letterboxes open at around 7.30pm.

Prior to that, his neighbour at Block 128C found the letterboxes unlocked when she returned home from work at about 5pm.

Jack told Stomp that he went back downstairs at around 9pm to check on the letterboxes. Seeing that they were still in the same state, he called SingPost.

In a statement to Stomp, SingPost thanked Jack for reporting the issue and confirmed that it was alerted to the incident at 9pm.

A SingPost spokesman said: "A staff member was immediately dispatched to the block. The door was locked by 9.25pm.

"Disciplinary action, extra supervision and additional training will be given to the postman.

"We apologise for this incident and seek the public’s understanding as we continue to improve on our service issues."

Members of the public can also help by calling SingPost's hotline at 1605 so that it can take "timely action," added the spokesman.

"Mailbox security is a key area that we are looking into as part of our operational review, and we are exploring measures that are able to prevent such incidents from happening again," he said.