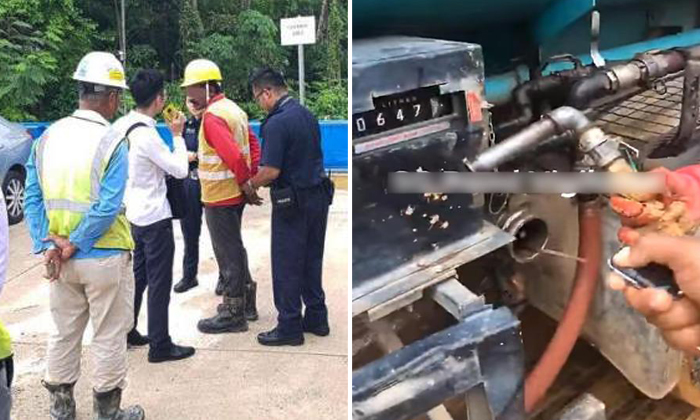 A 46-year-old man was arrested last Thursday (June 6) after allegedly shortchanging a construction site in Punggol of diesel.

Responding to queries by Stomp, the police said they were alerted to a case of cheating at Punggol Point Road at 1.25pm.

In a video that has been circulating on Facebook, a man can be heard saying how "caught a case" involving a diesel supplier.

The man and other workers at the scene then went on to demonstrate how a meter attached to the supplier's diesel truck continued running even though there was no fuel coming out of the pump.

The men can be seen using a remote control to start and stop the meter.

According to Shin Min Daily News, the alleged scam was discovered by an employee at the construction site, whose suspicions were raised when he noticed the driver constantly putting his hands in his pocket when filling up fuel.

The employee then notified upper management and the police were alerted.

The construction company involved has since terminated its contract with the supplier in question.