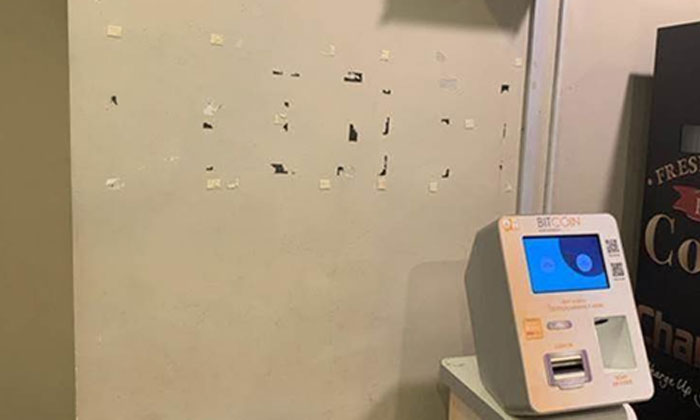 The police are advising members of the public to beware of China Officials Impersonation Scams where victims have been cheated by scammers to transfer money using bitcoin machines.

The police released a fresh alert on such scams after posters beside a bitcoin machine were torn down at Tampines One mall on Apr 18.

The police were alerted to a case of vandalism at the mall and officers from Bedok Police Division investigated the matter.

They found that a 45-year-old man had allegedly removed the posters from the wall beside the bitcoin machine.

The man revealed that he had received a call from someone purporting to be a foreign law enforcement officer.

The 'officer' claimed the man was under investigation for a transnational crime.

He also told the man to transfer a total of $1,000 on two occasions to an account using the bitcoin machine at Tampines One and directed to remove and dispose of the scam alert posters next to the machine.

While the police were carrying out ground inquiries at Tampines One, officers managed to prevent a 32-year-old man from falling for the scam.

They also stopped a 49-year-old man from making further transfers to the scammers.

"The men were told that their bank accounts were used in ongoing investigations relating to the trafficking of human organs n China, and were instructed to transfer money using the Bitcoin machine for verification purposes," the police said.

He told the police he had already transferred $16,350.

The police advise members of the public to take the following precautions when they receive unsolicited calls to surrender money to avoid criminal investigations:

No government agency in Singapore will demand payment over the telephone or other social messaging platforms (e.g. WeChat or Facebook), or demand that you surrender cash to unnamed persons, or ask you for personal banking information such as your Internet banking passwords.

For foreign residents receiving calls from persons claiming to be Police officers or government officials from your home country, please call your Embassy/High Commission to verify the claims of the caller.

Personal information and bank details such as Internet bank account usernames and passwords, OTP codes from tokens, are useful to criminals. Do not make any funds transfer at the behest of such callers.