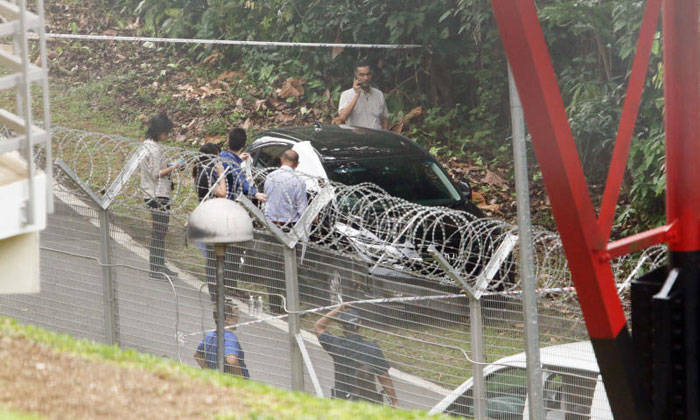 A depressed mother strangled her five-year-old son at home before stabbing herself to death near Bukit Timah Nature Reserve, a coroner's inquiry has found.

The boy was autistic and had attention deficit hyperactivity disorder (ADHD), and Japanese national Nami Ogata, 41, was concerned and stressed about him. She also told doctors that she could not cope with work and caring for her two children.

Madam Nami left a suicide note addressed to her husband, apologising for her actions and telling him to take care of their younger son.

She then drove to Lorong Sesuai to take her own life, bringing the dead boy's body along.

State Coroner Kamala Ponnampalam ruled Madam Nami's death to be a "deliberate act of suicide" and her son's death to be an "unlawful killing at the hands of his mother" in her findings, which were made available on Monday (Oct 19).

The findings state that Madam Nami had sought medical attention for her low mood and anxiety, and had told a psychiatrist about her suicidal thoughts and feelings of depression at least three days before the fatal incident on Nov 14 last year.

The mother of two told the doctor she had been anxious for the past few months and that she was sleeping badly. She had also experienced loss of appetite, weight and hair, and had palpitations for about a week.

She also told the psychiatrist she was stressed about her son Sotaro, without revealing the exact reasons, the state coroner found.

Madam Nami had then been immediately referred to the emergency medicine department at Singapore General Hospital, where she denied being actively suicidal but said she had been feeling depressed for a year.

She had been discharged, with drugs for her insomnia, and was to be reviewed by her private psychiatrist the next day.

Madam Nami subsequently told her private psychiatrist that she "would not harm herself on account of her children", even though she had "one transient short episode of thinking of ending her life a week prior", stated the coroner's report.

She was diagnosed with major depressive disorder and given antidepressants and a tranquilliser for stabilising her mood.

Madam Nami wrote in her suicide note that the medicines did not work and told her husband "she was going to take Sotaro" with her. She also repeatedly asked him to take good care of their younger son.

Her husband had left Singapore for a business trip to China on Oct 30 and had not sensed anything unusual when he last spoke to her on Nov 10, according to the state coroner.

Madam Nami also wrote to her brother, pleading with him to raise her younger son together with his children.

On the night of Nov 13, Madam Nami read story books to her two children until they fell asleep, according to her maid.

She later texted her maid to tell her that she had taken Sotaro to the hospital as he was "having a fever".

However, police investigations showed that Madam Nami had likely strangled Sotaro in the living room using a long elastic band and raffia string.

She then drove out of her condominium, with her son's body covered in a white blanket, at about 5.40am and arrived in Lorong Sesuai about 10 minutes later.

An auxiliary police officer and his colleague found Sotaro in Madam Nami's parked car at about 6.15am and called the police. They then discovered Madam Nami's body about 10m away from the car, after reviewing footage from closed-circuit television cameras.

The two were pronounced dead at the scene by paramedics.