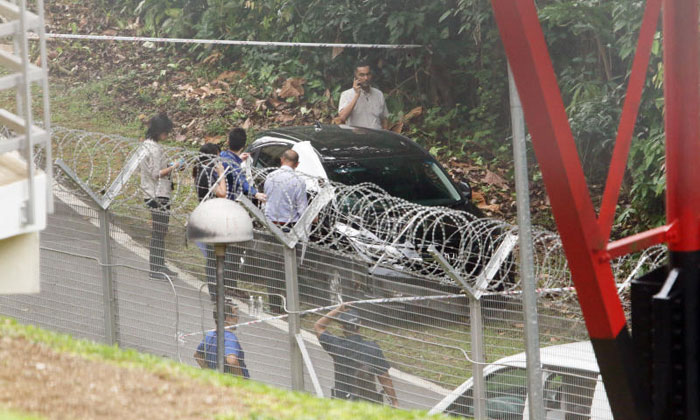 A five-year-old boy and a 41-year-old woman were found dead along Lorong Sesuai, near Bukit Timah Nature Reserve, on Thursday morning (Nov 14).

The police said in a statement that they were alerted to a case of two unnatural deaths at about 6.42am.

"A five-year-old boy was found motionless in a car, while a 41-year-old woman was found lying motionless nearby," the police said.

They were pronounced dead by paramedics at the scene.

Lianhe Zaobao reported that the woman and boy are mother and son, and both of them are Japanese.

A security guard at a nearby telecom tower had alerted the police after he discovered the car.

When Shin Min Daily News reporters visited the scene, a police cordon had been erected across a part of Lorong Sesuai which had a sign saying that the land is state property and that no trespassing is allowed.

Police reportedly searched the area for close to six hours.

It is understood that the woman was driving a Honda sedan car and based on the licence plate, it was not more than three years old.

According to Shin Min, it is believed that the mother killed her son before committing suicide. It is unclear what her motive or reason was.

A will was also found in the Honda.

Related Stories
5-year-old was "running for his life" when parents splashed hot water on him: Forensic pathologist
Infant dies after head allegedly slammed against van floor at Yishun carpark, mum's BF charged
Maid killed in Lentor Avenue accident had pushed toddler out of the way before getting hit by car
More About:
death
tragic
child
Bukit Timah