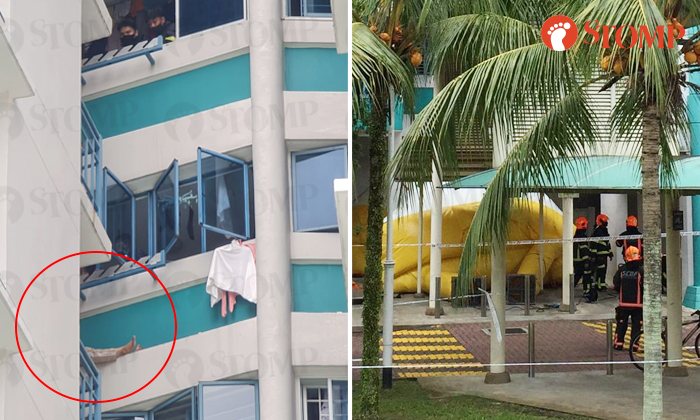 A 34-year-old woman was apprehended after being rescued from height in Sembawang on Friday afternoon (Sep 24).

Stomper Chew shared photos of the incident that occurred at Block 469B Admiralty Drive.

A woman can be seen sitting on a parapet outside a window with her legs stretched out. 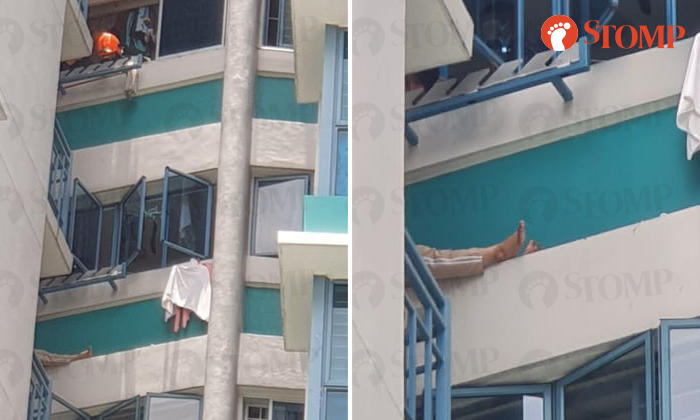 The police and the Singapore Civil Defence Force (SCDF) received a call for assistance at around 12.30pm, they told Stomp in response to queries.

When police and SCDF officers arrived, the woman was found sitting on a ledge outside a kitchen window on the tenth floor.

"As it was assessed that the woman might pose a danger to herself, officers from the Crisis Negotiation Unit and SCDF were subsequently deployed to the scene," police added.

A safety life air pack was deployed by SCDF as a precautionary measure. 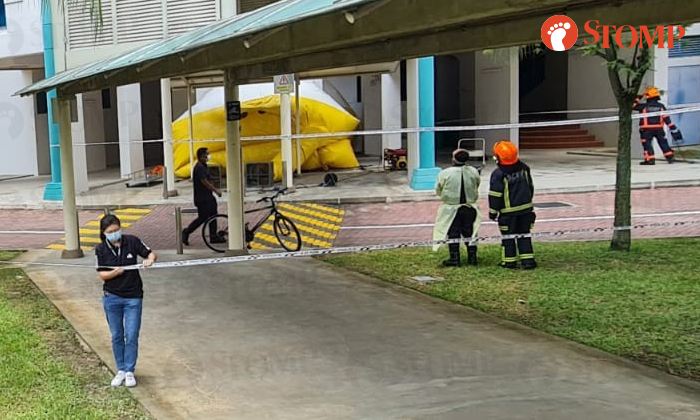 SCDF also deployed nets, and rescuers from the Disaster Assistance and Rescue Team (DART) rappelled from the unit above to rescue the woman.

The police added: "At about 2pm, officers brought the woman back to safety. She was subsequently apprehended under Section 7(1) of the Mental Health (Care and Treatment) Act."