Man allegedly holds knife outside neighbour's home, locks himself in own unit at Bedok 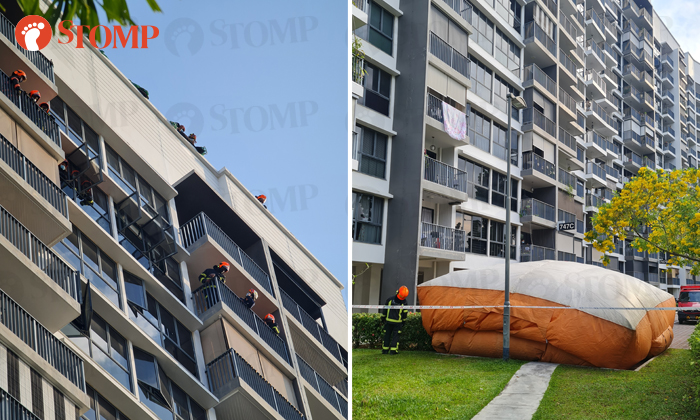 A man locked himself in his unit at Block 747C Bedok Reservoir Crescent after he allegedly held a knife outside his neighbour's home.

Stomper Minifigbin, a resident at the Belvia block, shared photos of the incident that occurred on Tuesday afternoon (Sep 21).

The police told Stomp that they received a call for assistance at around 1.15pm, about a person who was allegedly seen holding on to a knife when standing outside his neighbour's unit.

"When police officers arrived, the person was found to have locked himself in his own unit and refused to open the door," they added.

Officers from the Crisis Negotiation Unit and the Special Operations Command (SOC) were subsequently deployed to the scene. 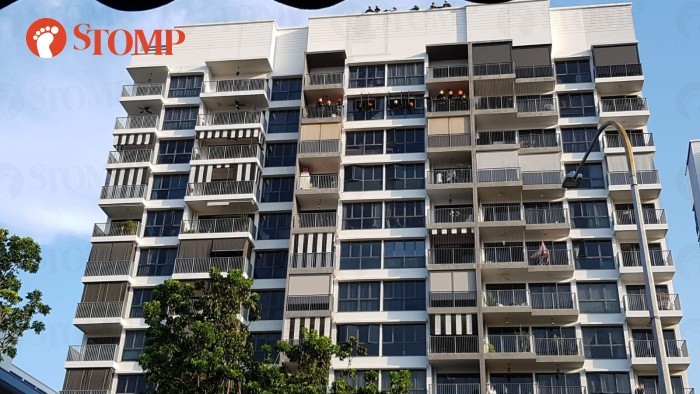 The Singapore Civil Defence Force (SCDF) said it received a call for assistance at about 3.45pm.

SCDF deployed two safety life air packs and rescuers from the Disaster Assistance and Rescue Team (DART) were on standby as a precautionary measure.

He added: "It was around 3pm+. I saw them with shields and rifles ready to move in. Eventually and thankfully, the man was apprehended without force.

"Working from home is so scary."

Officers eventually convinced the person to open the door, said the police.

The person is currently assisting in police investigations.