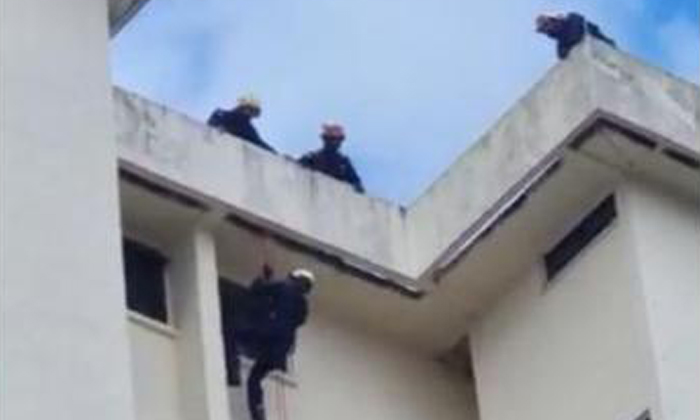 A woman suspected of drug offences locked herself in her unit for three hours at Block 245 Ang Mo Kio Avenue 3 on Monday afternoon.

The stand-off led to several Singapore Civil Defence Force (SCDF) and police officers to be deployed to the scene, according to Chinese newspaper Shin Min Daily News.

Responding to queries from The New Paper, the police said that Central Narcotics Bureau (CNB) officers were conducting an anti-drug operation at the unit at about 3.20pm.

The 39-year-old suspect refused to comply with the order of the officers to open the door and also threatened to harm herself.

SCDF said it received a call for assistance at about 3.25pm, and when its officers arrived, a person was seen sitting near a window.

They deployed two safety life air packs and rescuers from the Disaster Assistance and Rescue Team were on standby as a precautionary measure.

Apart from the SCDF officers, officers from the Crisis Negotiation Unit and Special Operations Command were deployed to the scene, said the police.

Police officers managed to gain entry into the unit and apprehended the woman under the Mental Health (Care and Treatment) Act.

She is also being investigated by CNB for suspected drug-related offences.

According to Shin Min, which spoke to the woman's neighbours, her husband - a cleaning supervisor - has been facing problems supporting the family, including the couple's two children.

This is also not the first time that police have visited the unit, one neighbour added.