Cyclist argues with pedestrian who did not give way to him along footpath: 'You got no balls?" 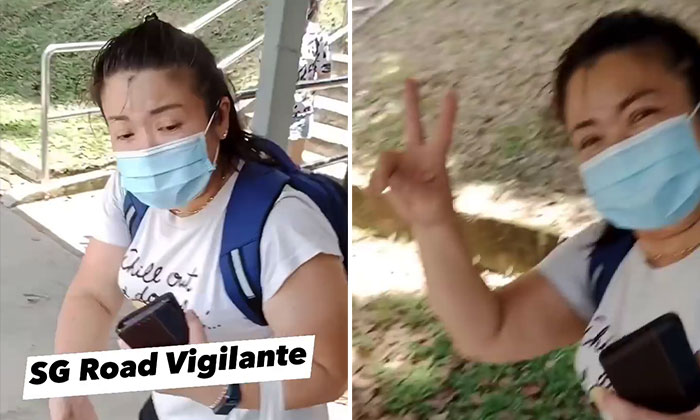 A cyclist recorded a video where he insulted a woman for allegedly not giving way to him along a footpath at Ang Mo Kio Avenue 8.

The video was posted on SG Road Vigilante's Facebook page and shows the cyclist following the woman.

He says: "This auntie is retarded, says I cannot go through."

30mar2022 ang mo kio ave 8 footpath more and more cases of cyclist demanding pedestrians to give way to them. cyclist are limited to 10km/h when on pedestrian footpath in this video cyclist noh abdul share his frustration by calling names , asking for balls at a mother fetching her children whom fail to give way to him .

She poses for the camera before he says: "Open up your mask, why you scared? You got no balls?"

He argues with her that the footpath is used by both pedestrians and cyclists and calls her an "idiot".

When she gestures for him to push his bicycle, he says: "What push, push? Go to school, study so hard, stupid.

As she walks away from him to cross a road, he shouts at her: "So you're afraid, no guts."

Although the cyclist took the video to shame the woman, netizens slammed him instead for giving cyclists a bad reputation. Some added the woman should have recorded him as well.