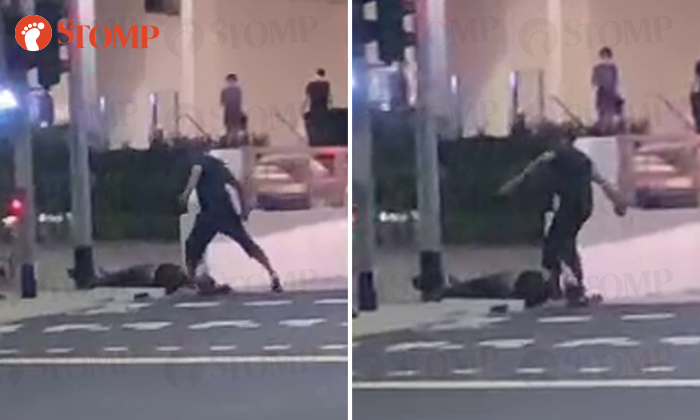 Police are investigating an incident in which a man was seen getting kicked repeatedly by another man at Sims Avenue on Wednesday night (Mar 16).

A Stomper witnessed the incident at around 9pm and took a video.

In the video, a man is seen lying on a pedestrian walkway., near the roadside, while another man kicks him multiple times.

Members of the public can then be seen trying to stop the man.

The Stomper said: "It was a bit scary so I just walked away and am not sure what happened afterwards."

In response to a Stomp query, the police said they were alerted to a call for assistance at about 9.10pm.

"A 52-year-old man sustained minor injuries but refused conveyance," they said, adding: "A 47-year-old man is assisting with investigations."

Related Stories
Man 'attacked' by youth while in queue for Astons at JCube: Police investigating
Customer pummelled and knocked out after being accused of 'staring' at man at City Gate shop
Disciplinary measures taken against schoolgirls seen fighting in carpark, police investigating
More About:
dispute
assault