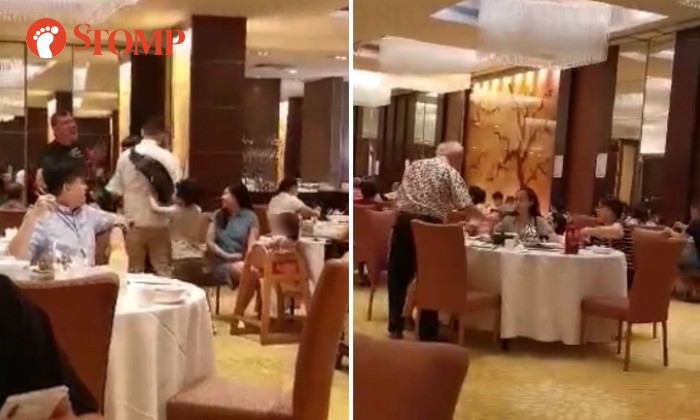 Customers who were seen intermingling between six different tables at Peach Garden Chinese Restaurant at Hotel Miramar had made separate bookings, a spokesman told Stomp.

Stomper Pierre was dining at the restaurant with his friends on Sunday (Sep 27) at about 1pm when he noticed what was going on.

He shared a video of the incident with Stomp. 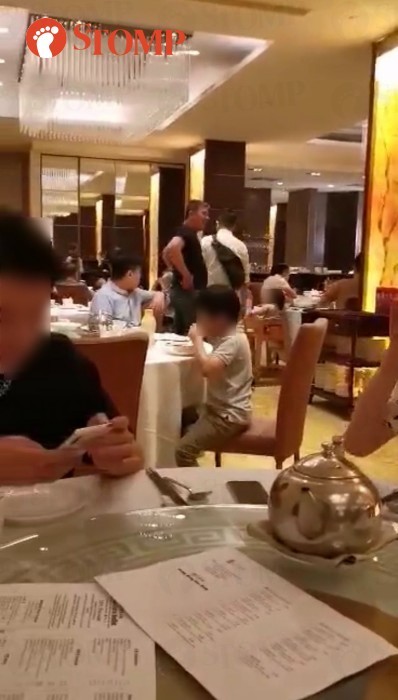 "I am worried about the lack of safe distancing here," Pierre said.

"It seems like six tables were having a celebration and some people at the tables kept visiting other tables without their masks on.

"If I am not wrong, each table should be capped at five people.

"But these people came in a big group and they were running around to take pictures and to chit-chat.

"It was uncomfortable seeing them intermingle between tables."

In response to a Stomp query, a spokesman for Peach Garden Group said: "Based on our investigations, the groups of customers seated at the tables in the video made separate bookings under different names for each booking, with not more than five pax per booking/table."

According to the spokesman, the restaurant was not aware that customers knew each other and had split into several bookings.

The spokesman added: "Subsequently, when our staff saw that a guest from one table went over and stood beside another table, they had stopped the guest and informed that inter-mingling between tables is not allowed.

"Our restaurants have always adhered to the measures mandated by the government; SafeEntry, temperature taking, maximum of five pax per table, no mixing of customers from different tables, at least 1m distance between tables, masks to be worn at all times except when eating, etc.

"Most of our restaurants have been inspected by Safe Management Officers and there have been no issues so far.

"Please be assured that we take the safe management measures seriously and have implemented all the measures mandated by the government."

Peach Garden Group has also briefed all staff on the seriousness of the matter and reminded them to ensure that measures are complied with.

"They have also been told to be more vigilant and ensure that there is always someone monitoring the ground to prevent any contravention," said the spokesman.