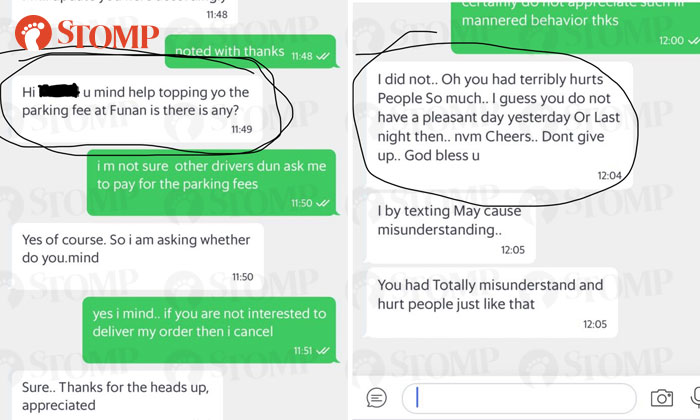 A GrabFood delivery driver and a customer had an exchange of words after the driver requested he "top-up" his parking fee while carrying out his order.

Stomper Baobao told Stomp he was disappointed by the experience.

"The driver picked up my order from Collin's at Funan Mall," said the Stomper.

"He then went ahead to message me and asked me to pay for his parking fee, if I didn't mind.

"This is the first time I've met such delivery driver asking me this question and of course I rejected.

"He then became sarcastic when I told him off and made a demeaning statement that I did not have a pleasant day yesterday or last night. 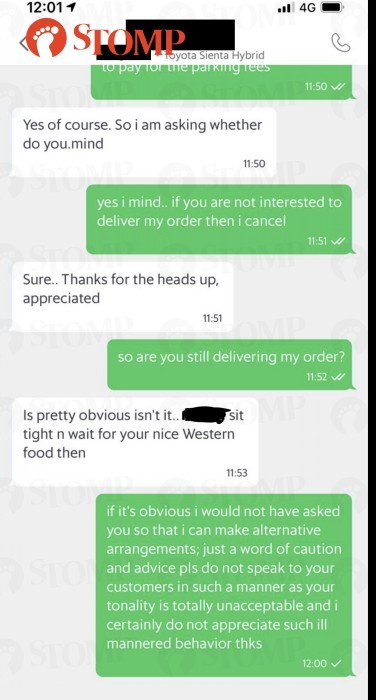 At the end of the exchange, the delivery driver said that the Stomper had misunderstood him and ended up 'hurting' him instead. 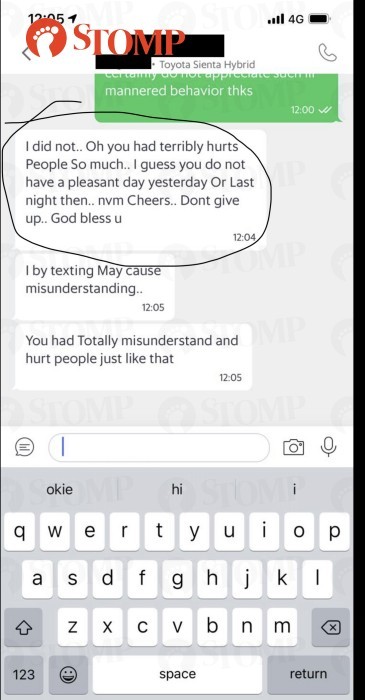 "Really bad luck to meet such a rude imbecile," the Stomper said.

He added that he has complained about the driver to GrabFood following the exchange.

"It was disappointing, to say the least."

Related Stories
PHV driver scolds passenger for 'paying peanuts and expecting elephants' after she refuses to pay extra $5 for stroller
Guy allegedly uses Stomper's number to send threatening messages to over 100 people
Carousell user tricked by scammer into giving up game account that he was selling for $100
More About:
GrabFood
grab
food delivery
bad service
text