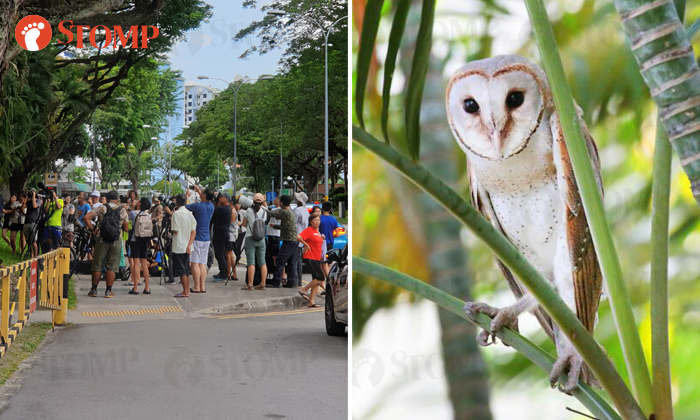 The appearance of a magnificent barn owl in Toa Payoh on Sunday afternoon (Mar 15) saw excited crowds flocking to catch a sight of it.

Photos and videos submitted by Jin Yik show the owl perched on a tree and surrounded by a horde of camera enthusiasts.

Jin Yik said: "A lot of people gathered around to see the owl and it was even stopping cars."

According to Shin Min Daily News, around 60 people rushed down to see the bird in the span of 30 minutes. 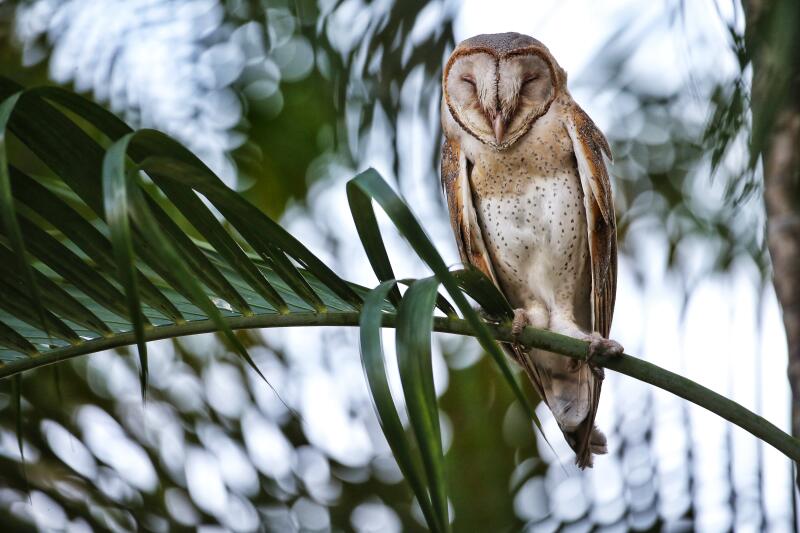 A 57-year-old man told Shin Min that it is not easy to catch sight of the barn owl as it is known to rest in one place for a day before flying elsewhere.

He said: "It was my first time seeing a barn owl. I drove 20 minutes here just for it."

Minister of Defence Ng Eng Hen also posted about the "unusual VIP" in his constituency.