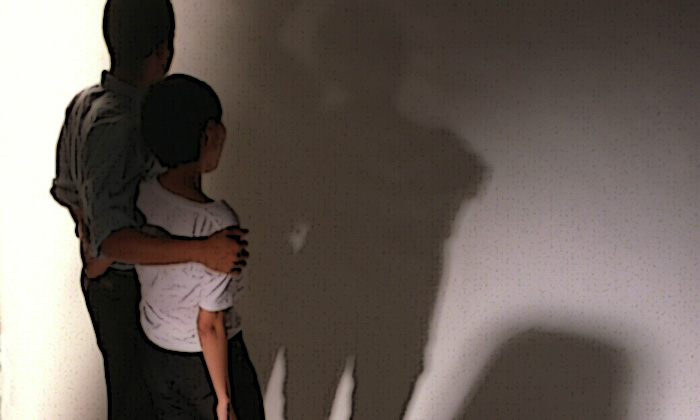 A security guard was sentenced to 10 months' jail on Tuesday (Aug 30) for sex with a 15-year-old whom he came to know on a chatline.

Kamarul Zaman Othman, 49, admitted to one of three charges of sexual penetration of a minor with his consent at the teen's flat on May 12 last year.

A district court heard that Kamarul Zaman and the secondary school student became acquainted with each other via Guy Spy, a mobile chat application, that day. They exchanged contact numbers and agreed to meet for sex that day at the victim's home.

When Kamarul Zaman arrived at about 10.30pm, he noticed that the victim looked very young and estimated that he was 15 years old but did not proceed to verify his age.

Shortly after, they began kissing in the living room while the victim's grandfather, who is blind, was in the adjoining room.

The duo proceeded to a toilet where the victim performed oral sex on Kamarul Zaman.

Kamarul Zaman remained in the victim's home for a while before leaving.

The offence came to light when the victim, prompted by his mother, lodged a police report eight days later informing that he had sexual encounters with several men.

Kamarul Zaman's lawyer, Mr Ranadhir Gupta, assigned by the Criminal Legal Aid Scheme, said in mitigation that the victim lured his client to his home.

He said the victim was mature enough to know what he was doing though he was below 16 years.

Deputy Public Prosecutor Winston Man said regardless of the circumstances that led the accused to the victim's door, Kamarul Zaman realised very quickly that the victim was very young, and yet he continued with the sex.

Kamarul Zaman was allowed to defer sentence until Sept 14 to settle his personal affairs. Bail of $15,000 was allowed.

He could have been jailed for up to 10 years and fined for sexual penetration of a person below 16 years of age.

Related Stories
Girls selling panties soiled during sex acts in Singapore's sick new trend
Father inflicts "gravest form of sexual abuse" on 10-year-old daughter by sodomising her while she was in school uniform
10-year-old niece sexually penetrated while she was sleeping by uncle she called 'Papa'
Man touched 10-year-old niece and sexually penetrated her -- with her mother and brother sleeping in same room
More About:
sex
court
courtroom
crime